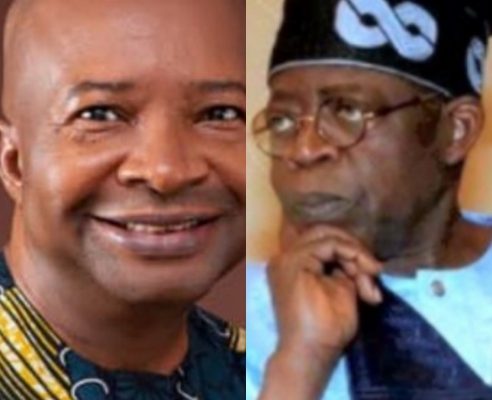 A long standing ally of President Muhammadu Buhari and a chieftain of the ruling All Progressives Congress (APC) and Convener of the South East APC Intergrity Group, Dr. Chinedu Jideofo-Ogbuagu has given insights into how the party can avert the worst presidential defeat in history with Asiwaju Bola Ahmed Tinubu as Presidential Candidate and Senator Kashim Shettima as running mate.

Jideofo-Ogbuagu has been President Muhammadu Buhari’s ally since their days in the All Nigerian People’s Party (ANPP), where both contested for President in 2002/2003 electioneering period before he joined President Buhari to form the Congress For Progressive Change (CPC), which later merged with other political parties to become the APC in 2014.

According to him, “APC is heading to the worst presidential electoral humiliation in the history of democratic electioneering.

“To save the ugly situation APC finds itself in and stand any chance of defeating Peter Obi, the party must quickly replace sick, fake and fraudulent “Tinubu” with a credible South-Easterner and also replace Shettima with a credible Northerner from North-Central or North-East.

“Otherwise, APC must forget about winning 2023 presidential election. Nigerians have clearly seen that the brain of that imposter that bears “Tinubu” is dead, among his many negatives”, he said.

For the former presidential aspirant, “since APC leaders appear bewitched to take that decision, they need someone like me to tell them that thing they have been running around.

“It may not be Yekini Amoda Ogunlere’s (alias Bola Ahmed Tinubu’s) fault that his brain is traumatized, but APC must not die in sympathy.

“It must save itself with fresh, credible individuals from popular places as presidential ticket holders. And the party has very limited time to do the right thing”, Jideofo-Ogbuagu warned.