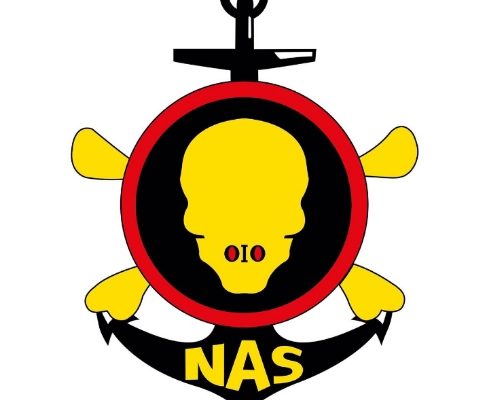 …..Encourages Citizens To Collect Their PVCs, Vote For Candidates Of Their Choice

The National Association of Seadogs also known as Pyrates’ Confraternity has said that members of the association will embark on a street campaign tagged: Our Votes Count, to sensitize citizens on the need to exercise their fundamental human rights as citizens by participating actively in the electoral process.

A statement jointly signed by Mr. Olamide Oni and Mr. Enike Charles Benetu on behalf of the association, said, “as we approach the 2023 general elections, the need to get citizens to participate actively in the electoral process cannot be overstated. Active citizens’ participation is the bedrock of any democratic system.”

According to the statement, “by participating in the electoral process, citizens are able to have a say about who leads them and are able to hold leadership to account where there are gaps or apparent failures.

“As part of our contribution to ensuring active citizens’ participation in the 2023 general elections across all levels, the National Association of Seadogs (Pyrates’ Confraternity) will embark on a street campaign tagged: Our Votes Count, to sensitize citizens on the need to exercise their fundamental human rights as citizens by participating actively in the electoral process.

“The major focus of this campaign is to encourage citizens to collect their PVCs and vote for the candidates of their choice in the presidential, National Assembly, gubernatorial and State Houses of Assembly elections across the country.

“The National Association of Seadogs has been actively involved in citizens’ engagement and education through frequent press releases and social interventions. This campaign is in line with our fundamental objective of ensuring that citizens are not left behind in matters that relate to choosing their leaders.

“We will be going round the streets in Abuja to distribute fliers that clearly encourage citizens to collect their PVCs and vote on election day. Our call will include encouraging citizens to have faith in the electoral process.

“The Association will also sensitize the diasporan population as the members match to the Nigerian embassy and the United Nations building in New York to draw global attention to the election.

“We call on INEC and all other relevant agencies to embark on a massive sensitization of citizens as we move closer to the election day slated for February 25. The entire world will be laser focused on the forthcoming general elections in Nigeria, which is often touted as the giant of Africa.

“We therefore urge INEC to be as independent as the acronym “Independent National Electoral Commission” suggest. They must be fair across the board because the whole world is watching.

“We also urge the National Orientation Agency (NOA) to rise to the occasion and send out messages in all major languages.

“We believe that a coordinated sensitization program will help citizens to have more faith in the electoral process and participate actively in it”, the Seadogs said.