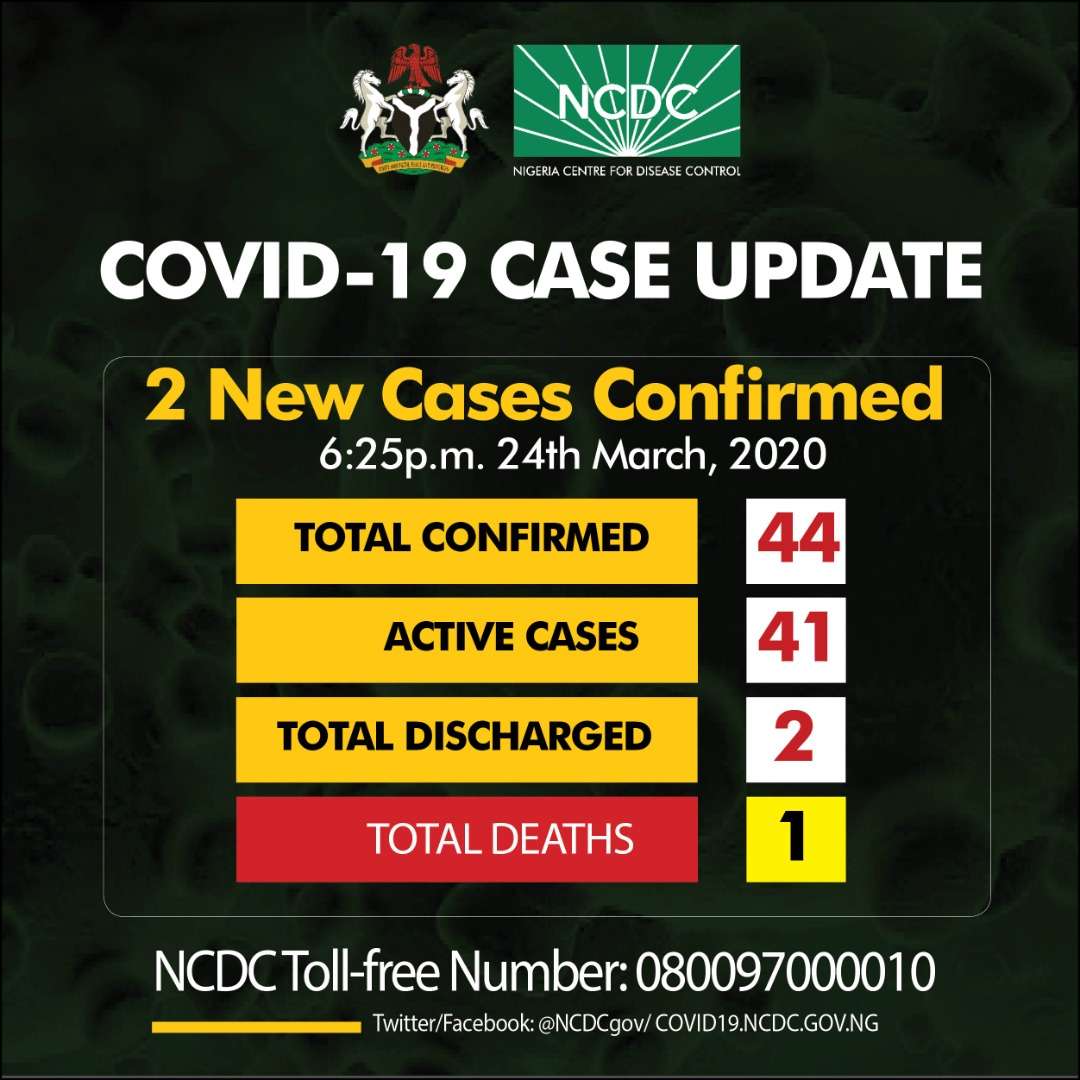 …As Coronavirus Hits 6 States and FCT

Nigeria has recorded at least one confirmed high profile case of Coronavirus with another unconfirmed as health authorities say the number cases in the country has risen to 44.

The Bauchi State Governor, after contact with the son of former Vice President Atiku Abubakar, was tested and confirmed to have been infected with the dreaded virus.

Unconfirmed reports in the media indicate that the Chief of Staff to President of Nigeria tested positive for COVID-19 virus, with the Presidency keeping sealed lips over the development.

However, in an update, the Nigeria Center for Disease Control (NCDC) announced on Tuesday, March 24, 2020, that one of the Coronavirus cases was confirmed in the FCT, while the other is the governor of Bauchi State, Bala Mohammed.

“The cases have travel history to Germany and the UK,” it added.

Here’s a breakdown of the cases:

Governor Mohammed had returned to Bauchi from an official trip to Lagos after he met with Atiku’s son on the plane where both men shook hands and exchanged pleasantries.

Although he has yet to show any symptoms of the disease, he has since gone into self-isolation to prevent any possible spread of the virus.

In Lagos State which has been the worst hit in the country so far with 29 cases, the government has issued stricter measures such as shutting down all markets except those selling essential products, effective Thursday March 26, and reducing the number of people in any gathering to 25 as against the initially announced 50.