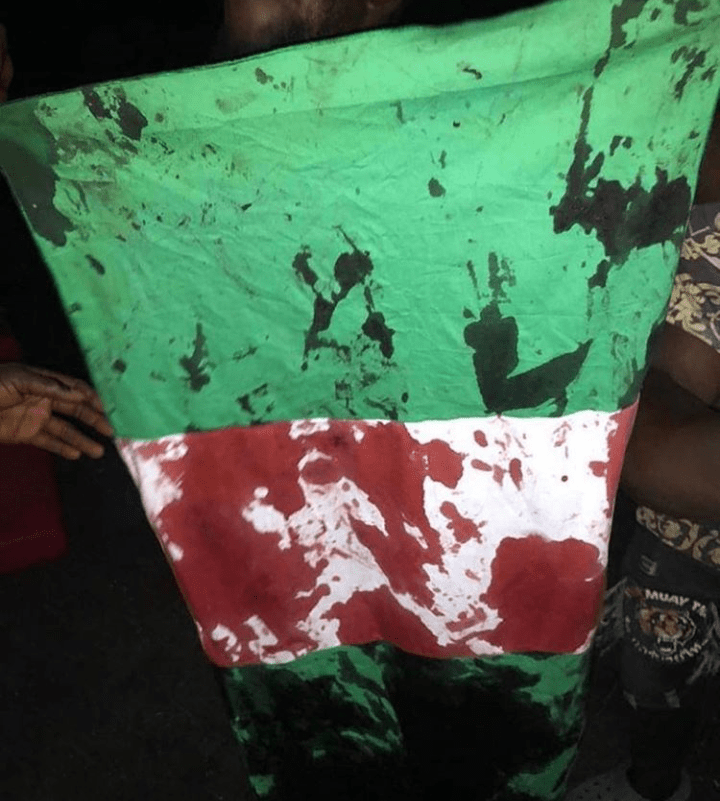 A group under the aegis of the Academic Forum of the Islamic Movement has called for persecution of the perpetrators of the alleged killing of unarmed protesters at Lekki Toll Gate in Lagos State on October 20, 2020, which has come to be referred to as the Lekki Massacre.

According to the group’s spokesman, Abdullahi Muhammad Musa in a statement commended the Lagos State Government over “commencement of the probe on the killings”, describing the move by the government as welcome.

The forum noted that “In Nigeria, Sheikh Ibraheem Yaqoub El-Zakzaky and his supporters are the first community to be on the receiving end of oppression and injustice of the Buhari regime when the Nigerian Army groundlessly descended upon us in December of the year 2015, gunning people down in a vicious manner and destroying property with gay abandon.

“Besides, insecurity has long since become both a canker and a cancer, particularly in the North; and there is no part of the country in which Nigerian citizens can feel safe from falling victim to police brutality.

“One of the exclusive promoters of such atrocious things is bad governance, very typical of the repressive regime.

“Therefore, the seemingly endless injustice arouses the cumulative grievances of youths, embarking on nationwide peaceful protests against the savage brutality of the regime’s enforcers. Bravo to the energetic Nigerian youths who have united in the face of such injustice!”, group stated.

The statement added the “Although the series of protests started with great coordination, they were subsequently sabotaged by regime infiltrators.

“Convincing evidences have patently shown how sponsored thugs were deployed by security agents to disrupt the protests in Abuja, Kano, Kaduna, Lagos and other major cities across the country”, the forum alleged.

On the Lekki Massacre, the group noted that “These deliberate acts by the regime was done in order to provide itself with an excuse to carry out a pre-planned and premeditated mass murder of protesters, which was subsequently carried out by the Nigerian Army at Lekki on 20th October, 2020.

“Already, in Abuja, there are cogent proofs on how security agents infiltrate the daily free-Zakzaky protests, most especially on the 22nd of July, 2019.

“But in spite of the infiltration, they woefully failed in their attempt to sabotage it.

“Coordination truly makes it difficult for security agents to divert or seize control of the clamour against injustice or to even change its purpose.

“We strongly condemn the regime’s attacks on peaceful protesters, infiltration of the protests and the Lekki massacre.

“The commencement of the probe on the killings by the State Government is welcome”, group said.

Muhammad Musa insisted that stakeholders should ensure that the probe of the Lekki Massacre leads to the prosecution of perpetrators, saying “We hope that it does not follow the example of the Judicial Commission of Inquiry [JCI] set up by Kaduna State Government on the Zaria massacre in 2016.

“Recall that the JCI conducted the probe and its report blamed the Army, the Federal and State Governments, but the report has since been laid off to gather dust.

“While the perpetrators remain free and active in regime’s employment, none of the victims has ever received so much as a kind word. In fact the majority of them remained imprisoned until recently. Sheikh El-Zakzaky and his wife are still in detention.

“In order to continue to oppose this regime’s systemic tyranny, theft, murder and injustice, Nigerians must unite together and continue to insist that their voices are heard loud and clear.

“Sheikh El-Zakzaky’s vocal opposition to the injustices being meted out on Nigerians by their government was the primary reason Buhari and his stooges executed the Zaria-massacre in their attempt to kill him and his movement.

“The regime has remained committed to its policy of keeping him locked up in perpetuity”, the statement concluded.