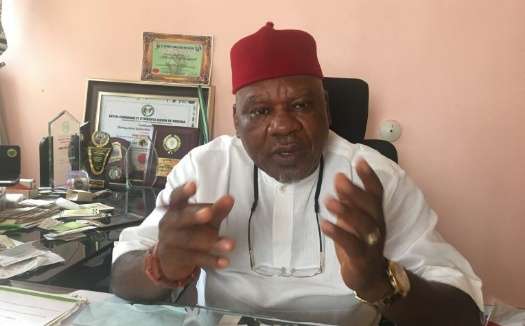 Conference of Nigeria Political Parties (CNPP) has accused the Nigerian government, including the executives led by President Muhammadu Buhari at the federal level and governors at the states, and legislators at all levels, of “fueling endless economic recession through insatiable appetite for foreign goods, particularly automobiles.”

The CNPP in a statement signed by its Secretary General, Chief Willy Ezugwu urged President Muhammadu Buhari and all state Governors to ban use of foreign vehicles as officials cars through executive orders while making case for tax exemption for indigenous vehicles manufacturers in Nigeria.

The CNPP noted that if monies being spent on foreign goods like automobiles by Nigerians in government were used to buy locally made equivalents, the funds would have remained within the country’s economy and strengthened the GDP.

“Nigerian economy is still largely dependent on oil and since the market for oil began to dwindle, the economy has continued to shrink.

“Recently, CNPP delegates were taken round the facilities of Innoson Vehicles Manufacturing (IVM) company at Nnewi, in Anambra State, by the Sales Consultant of IVM, Chief Arthur Obi Nwandu, and it was shocking to discover that such a giant world class indigenous vehicle manufacting company exists in Nigeria and we have continued to import cars.

“Our delegates saw that there is no type of vehicles that are not produced locally by Innoson Vehicles Manufacturing company, yet in February this year alone, Nigerian legislators at the House of Representatives ordered 400 foreign brand of exotic cars, rejecting Nigerian brands.

“It was widely reported in the media that the Reps members rejected Nigerian brands, insisting on foreign ones, preferring imported vehicles and went on to also reject even locally assembled foreign brands of cars.

“The lawmakers bluntly turned down a proposal to patronise Innoson Vehicles Manufacturing, a Nigerian brand we should be proud of.

“How will the Nigerian economy not go into recession when Nigerian government is yet to deal with its appetite for foreign goods, including fuel importation?

“If all political office holders across Ministries, Departments Agencies (MDAs) of government and the executive at all levels as well as the legislators drive Innoson exotic vehicles, the huge sums of money wasted annually on foreign vehicles would have been retained within the Nigerian economy, leading to more employment and increased GDP.

“We commend the Nigerian military authorities for patronising indigenous auto company like Innoson. If the Nigerian Army deemed it feet to buy military vehicles from Innoson, why would any arm of government reject it?

“We therefore urge President Muhammadu Buhari and all Governors in the country to issue executive order banning importation of foreign vehicles for official use in MDAs and the legislative arm to quickly recover from the current recession and prevent the economy from sliding into recession every now and then”, the CNPP counselled.

“We equally call on the Federal Government to issue an Executive Order exempting Innoson Vehicles Manufacturing company from payment of customs duty and Value Added Tax (VAT) on their spare parts to enable the company serve the Nigerian people better.

“If the Senate could urge the Federal Government to fully implement the Executive Order on zero customs duty and zero Value Added Tax (VAT) on importation of commercial aircraft and aircraft spare parts as they did on Tuesday, why should the Nigerian government not extend the same tax relief to Innoson Motors whose vehicles are used daily by masses?”, the CNPP queried.