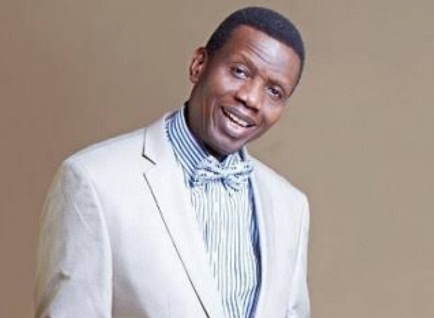 Goodluck Ebele Jonathan took corruption indices in Nigeria to another level. Transparency International in 2014, rated our country as 136 out of 176 on corruption index, thereby scoring 27. Things came to a head that necessitated that we must discontinue with PDP. Change of was needed and so when APC came to town with the “CHANGE” mantra, it resonates with the streets and a movement for change, we thought we have started. But alas under Buhari out of 180 countries rated, Nigerian is number 149 scoring 25. What a downward plunge!

Our strong desire for change was hugely exploited. We were so emotional to see changes happen that we forgot to profile the driver of our new bus to destination-promiseland.

Muhammadu Buhari would have lost the election because his bigotry in the past had it come to public knowledge. The Christians in Nigeria had made up their mind to continue with the corruption that still values their lives, knowing when there is life there is hope. The Redeemed Christian Church of God was in the fore front.

Pastor Bosun Emmanuel was given arguably the biggest Christians platform in Nigeria to warn the church. He did in very convincing manner, so much more we were no longer in doubt of what lay ahead! Death was coming, not in shadow nor through the valley, but in “person” through his office. But we walked straight into it in the hope that the company of our brother with him will make the difference. How wrong we are!

Political calculations led to consultation. RCCG was it! Professor Yemi Osinbajo the carrot, but the Fulani stick of death was hidden from our glare. We all danced in praise to God after our father, Pastor E.A. Adeboye to embrace what will be the most corrupt Government in the history of our nation.

The Vice President had his moments and he proved himself worthy as one having capacity to take decisions. One of such was the undemocratic occupation of National Assembly by DSS, he did what Buhari would not do.

He fired the DSS boss! He was marked, and a decision was taken. Power will no longer be transmitted to him whenever Buhari is travelling.

The President have gone on what they call a “short rest” to justify reasons for not transmitting power.
Days, weeks have gone by, we will soon count in month, yet no one can tell when Megida will be back nor for how long we will live in vacuum of power.

All it takes to sack and appoint IGP are words brought from Abuja house to Abuja City, with a simple “Baba sope” one was out and another in. House or city, Abuja is Abuja anyway.

ALSO READ  Nigeria, The Floods And The 'We Never Ready Culture'

Security situation has worsened. No road anywhere in Nigeria is safe to ply. Many lives has been lost to banditry, kidnapping and terrorism, property losses are no longer in unit of houses, but in communities. Churches are not spared.

Catholic, ECWA, COCIN, but recently it was the turn of Members of RCCG, who were on their way from Kaduna to Zaria when they were abducted by the group Sheikh Gumi said we should not be referred to as criminals.

Ransom was demanded. Baba Adeboye became tasked in prayers. We were all led to God in prayers for their release. Merciful God, He heard and our brethren came back to us alive. Somebody shout Hallelujah!

The Government seems not pleased that it is not our father that was kidnapped. How do you want me to paint this scenario?

The road has become practically unsafe that those who have means only do air and choppers are owned by those who can afford it to stay away from the road completely if possible.

Bishop David Oyedepo had to do a chopper from Ota to Oworonsoki to grace Pastor Yemi Davies’ birthday! That is about the only safe means left to move around in Nigeria.

So it is understandable that our highly referred Father will stay away from the road and stay safe. His option was to chopper.

ALSO READ  Social Media, Is It A Plus Or Minus To Electioneering Campaigns? The Travesty Of Blind Loyalty

It is however amusing that an Aviation Staff will hold our respected father to ransom demanding bribe for over five hours with Baba insisting he will not give bribe even if he is kept for the whole day.

Please, was it a ploy to force Baba to use the road where their bandits were waiting? Or a deliberate attempt to insult RCCG and the body of Christ in Nigeria? Or a direct slap on the face of Vice President who is presently without power and won’t be able to do anything even if our spiritual father was to call him?

The situation is painted better by the event at the Book presentation of the first lady where the Vice President was present but Secretary to the Government of the Federation was announced as representing the President. Where else in the world will that happen, if not Nigeria?

The treatment meted to Pastor E. A. Adeboye calls for a declaration of a vote of no confidence in the APC led administration of Muhammadu Buhari whose corruption has now gone beyond redemption.

Previous PostE-Governance: Gombe Government Approves N1.4bn for Biometric, Other Gadgets Next PostBREAKING! Count US Out Of Planned Airport Blockade - CNG

[…] who contested the presidential primaries along with him many claimed were better, the likes of the vice President Professor Yemi Osinbajo and the former transport minister, chief Rotimi Ameachi even though the […]