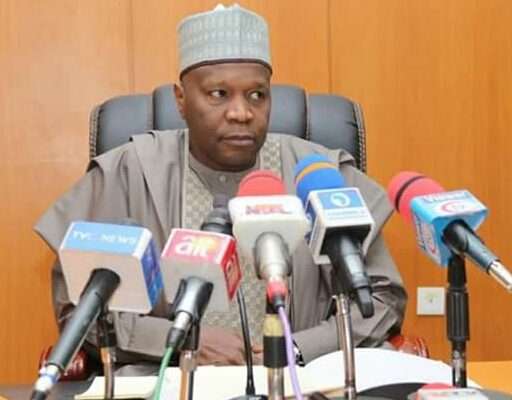 The Gombe State Executive Council meeting, presided over by Governor Muhammadu Inuwa Yahaya has approved the sum of Five Billion naira (5, 000 000) loan for the construction of one thousand housing units
in the State.

Commissioner for information and Culture, Mr Julius Ishaya Lepez made the disclosure at a press briefing shortly after the 16th session of the state executive council meeting held at the council chamber of the government House.

The loan, he said, is to be secured from the Family Housing Fund, famous for giving credit facility to States across the country to address their housing deficit.

He said Council equally deliberated on land administration and masterplan of Gombe metropolis where it noted that the planned integration of customary land title owners into Government layouts was to enable the administration of Governor Muhammadu Inuwa Yahaya provide social amenities to the people without recourse to the needless payment of compensation each time Government wants to construct road networks or carry out other developmental projects.

He added that findings by the assessment committee on the crisis indicated that 41 houses were affected which is valued at Ninety four million six hundred thousand six hundred and sixty six naira. (94, 600, 666,)

The Information and Culture Commissioner said 401 business premises were affected out of which 335 shops are owned by individuals while 66 belong to the Billiri Local Government Area, all valued at Three hundred and Eighty three million, One hundred and Forty eight thousand One hundred and thirty five naira. (385,148,135)

He added that 33 worship centres were either burnt down or vandalised, valued at Thirty three million One hundred and Twenty nine thousand Six hundred and sixty seven naira (33,129,667)

Other property affected, as enumerated by Mr Julius Ishaya Lapes, include motor vehicles, motorcycles orchards and animals which were either destroyed, missing or stolen valued at Thirty one million Four hundred and Eighty thousand.(31,480,000)

The Commissioner of information and culture said the overall total of property destroyed as valued by the assessment committee stood at five hundred million and Forty two million, three hundred and fifty eight thousand Four hundred and sixty eight naira(542,358,468).

He said in lieu of the assessment, Council has approved the payment of compensation to individuals who lost loved ones and properties, saying a committee has been set up to draw out modalities for the assistance.