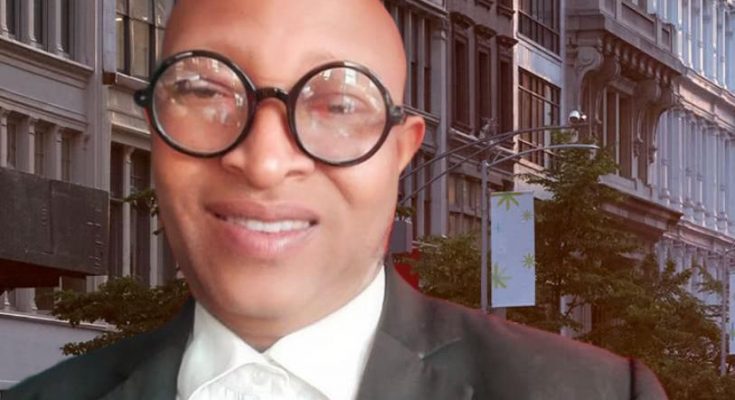 When Eric Arthur Blair with the pseudonym George Orwell wrote his satire titled, “Animal Farm” that was one of the best sellers of its time only few could notice the other allusions inherent in the heart of the dystopian writer whom was believed to have taken umbrage in misrule and tyranny.

The world has been living with few foibles time immemorial. Without mincing words ,gender inequality is an age long challenge. This may be traced to the bible days when demographic never recognized women and children bellow 20 years. This implicitly equates a woman to a child. A nonage!

Historically, quorum became an order of the synagogue as no service could commence without a number of men readily available irrespective of a greater number of punctual women already seated.

While Islam do more segregation as far as womanhood is concerned, this is observable in Sharia laws, women were generally considered as a second class citizen with much contempt!

The slavish life style of women could be conjecturally attributed to the the biblical story of Eden in which it is recorded that the first woman, Eve having agreed to eat of the forbidden fruit went ahead to persuaded her husband Adam to follow suit. This has its equivalent account in the scripture of Islam .

Undoubtedly, this ugly trend of gender chauvinism in the world knows no bound as it evolved to infiltrate professions at a point in time. Sexism in the military of old and other human endeavours.

The act of addressing female judges as ‘My Lord Sir’ and ‘Sir’ response to questions and examinations from a female judge is an evidence of sexism in the profession…..a buffet on womanhood.

At this juncture, the seemingly trite “All Animals Are Equal But Some Are More Equal Than Others” as written by George Orwell fundamentally alludes to gender inequality and undue sexism in the world.

No one judiciously talks about inequality in the ignorance of wanton erosion of women’s rights.

I grew up to see a natural disenfranchisement of women in politics in Nigeria. A situation of zero women in elective offices. This was a coup over the years until the ambience became fairly tolerant for women to participate.

Apart from the role of religions, several stoics proved to be misogynists in their assertions and other statements that are outrightly discriminatory

Aristotle once said “Both sexes had a soul that were capable of reason. However, women were doomed to be subservient to men because they were unable to “control themselves physically and psychologically through the exercise of reason the way men can”.

An archetypal misogynist statement made centuries ago still sinks into the engrams forming harmful mental image that undermines the existence of substantive human called woman.

Evolution of sexism that breeds a metamorphose, hate has grown to be more palpable in global society and worse in Africa.

Apart from Rwanda under the current leadership of president Paul Kagame which ranks the Countries as number one in Africa that is gender sensitive and observe laudable gender equality, other member states of the continent stay aloof of this feat and virtue.

I have keenly observed the non committal stance of transcendentalism in matter of gender equality. A practice that believes that womanhood such as ovulation inhibits and hinders spiritual ascents.

Convention on the Elimination of All Forms of Discriminations against Women (CEDAW ) held on 18 December 1979 and adopted by United Nations General Assembly on 3 September 1981 was primarily subscribed to by 20 countries. However, the CEDAW posited 3 principles viz: Non discrimination, state obligation and Substantive equality.

The emergence of RA 6725 that prohibits any form of discrimination with outmost respect to enshrined terms and condition of employment solely on the basis of gender.

ALSO READ  The Sustainable Development Goals and AYGF Thematic Areas; Achieving A Better Society for All

Under the law any employer favoring male employee over a female counterpart in terms of promotion training opportunity and other opportunities solely on the account of gender is considered discrimination!

Further more Magna Carta of Women (MCW) a women’s rights law that is all encompassing and comprehensive with keen interest in eliminating discrimination through, Recognition, Protection, Fulfilment and Promotion of rights of Filipino women, especially the ostracized section of the population.

In spite of all these resolutions and conventions, the rights of women still suffer in the hands of villains and religious bigots in the world.

Charles Fourier coined the word feminism in 1837, a Socialist believed to be Utopian was a French philosopher that loved the emancipation of women.

His golden idea of feminist first surfaced in France and Netherlands in 1872, Great Britain in 1890s and United States in 1910.

Feminism which has become a movement started as a humanitarian cause by a male who took umbrage in marginalization of women.

Feminism suffers more in Africa due to the theory that is bastardized by the beneficiaries and as well social and religious bigotry that bedevil the continent.

The theory of feminism is not in consonance with arrogance. The four waves are all about protecting the rights of women at different terrains of life. Sadly, extremism of this threatens marriage.

However,it is not uncommon to see few fanatical feminists that trivialize the rights of men. This apparently remains the bane. As a philosophy established by a humanitarian male to liberate women folks must as well be imbibed with wisdom to respect the right of men!

The lingering misogyny in Africa is not far fetched.

The history of the continent states categorically how inconsequential women were perceived by the fore-parents who were engaged in force marriage, rape of female slaves, extra judicial killing of women suspected to be a witch with toleration of wizards.

It is essential at this juncture to itemize the factors of misogyny in Africa. which include

ALSO READ  Social Media, Is It A Plus Or Minus To Electioneering Campaigns? The Travesty Of Blind Loyalty

Culture, religion, superstitions, chauvinism. These among others constitute undue stigma placed on females.

Culturally women are forbidden to have a sight of “ORO’ (a Yoruba voodoo). Women are forbidden to amicably break kola in courtesy in southern part of Nigeria. On several cultural functions women are back benchers. This rolls into traditional religion that has little or no tolerance for women except in the matters of marine worshipping (Osun and Oya) the goddess of rivers which is championed by women naturally .

It is however hypocritical that men that issue contempt towards womanhood can afford to kow tow before these priestesses in supplication.

My experience as a vast and investigative Journalist afford me opportunity to discover and examine faith interface. It is however observable that both local and foreign religious sects have a subtle way of ostracizing women.

The spiritual churches better known as white garment churches restrict the movement of women whose tithes and other financial commitment go into the building of the churches from getting into few parts of the precinct believed to be too sacred for womanhood, especially ovulating ones .

Though, the advent of Pentecostal faith gives higher freedom to women to operate in the priesthood and carry out some ordinances without discrimination.

Teenage marriage under the guise of culture and religion in the northern part of Nigeria that looks more of a preferential affection for a girl child is inimical and anti woman. Thus a naive teenage forcibly married to a man is ever prone to several social and gynecological dangers.

This culture truncates socio economic growth of women and virtually subject the victims to eternal marital slavery in most cases.

Previous Post2023: Southern, Middle Belt Region in Move Towards Political Alliance Next PostIn Cross River; How The Internet Is Changing Our Politics…