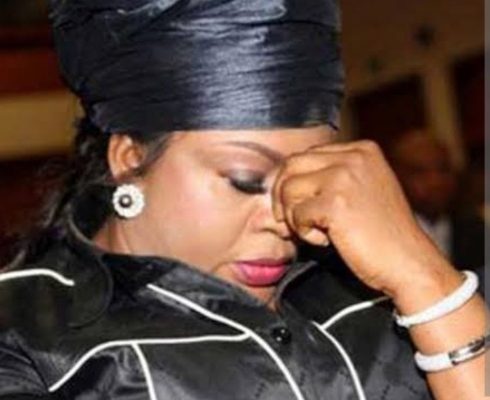 Civil rights advocacy group, Human Rights Writers Association of Nigeria, (HURIWA) on Saturday, demanded the arrest and prosecution of former Aviation Minister, Stella Oduah, for alleged perjury over her claims around her participation in the one-year National Youth Service Corps.

The group also tackled the Nigeria Employers’ Consultative Association (NECA) for opposing the NYSC Trust Fund (Establishment) Bill recently passed by the National Assembly that imposed a levy of one per cent of the net profit of companies and organised private sector operating a business in Nigeria, amongst others.

Recall that the NYSC had said the Senator representing Anambra North District in the National Assembly “after the (three weeks) orientation course, absconded and never completed the national service.

“The consequence of this is that she is not qualified for the issuance of the certificate of national service,” the Service added.

However, Oduah had debunked the claim, stressing that she completed her national youth service.

Oduah had also allegedly made false claims on October 23, 2014, when she deposed to an affidavit that she lost the original copy of her NYSC certificate, contrary to NYSC statement that she absconded in 1982.

Reacting, HURIWA’s Onwubiko said, “We condemned NECA for opposing setting up of NYSC TRUST FUND that is meant to create skills for youths and demand to know if the association is being sponsored by Senator Stella Oduah whom NECA has been defending since her certificate saga despite overwhelming evidence from NYSC that the former minister never completed her NYSC but absconded.

“NECA should stop doing the bidding of Oduah who boasted to deal with NYSC for exposing her alleged perjury. An organisation like NECA should not be politicised by moneybags for economic porridge of a few allegedly greedy and corrupt individuals.

“The President, Muhammadu Buhari should ignore NECA’s opposition and assent to the NYSC Trust Fund Bill already passed by the National Assembly. This fund when established will cement President Muhammadu Buhari’s name in the sands of times.”

HURIWA said there are abundance of evidence already presented to the National Assembly by reputable Nigerians and organisations including the NYSC’s Management, CSOs, Youth associations, amongsts a plethora of other stakeholders, that the Trust Fund is being set up to address infrastructural deficit besetting the scheme in the areas of camp renovation, maintenance; upgrading, building and maintenance of corps members lodges.

According to the rights group, the decision to establish the NYSC Trust Fund was conceived during a meeting held with some of the scheme’s stakeholders.

The body added that the idea of the trust fund was strongly supported by civil societies, National Association of Nigerian Students (NANS) and the Association of Local Governments of Nigeria (ALGON).

HURIWA maintained also that: “Statutorily, the NYSC scheme as it were, has a tripartite funding arrangement – the Federal, State and Local Governments, with each having varying degree of responsibilities.

“Over the years, the scheme has equally partnered governmental and non-governmental institutions in the area of providing start-up capitals.

“This is for corps members to fund their business initiatives under the NYSC Skill Acquisition and Entrepreneurship Development (SAED) programme which is a direct answer to the often asked rhetorical question: After the NYSC what next?,’’ he said.

HURIWA further affirmed that THE NYSC YOUTHS TRUST FUND when established as a legacy project by President Muhammadu Buhari will inevitably create resources for a greater percentage of corps members trained under the NYSC skills acquisition programme to start-up their businesses.

The rights organization maintained that the bill which has been passed by both chambers of the National Assembly mandates businesses operating in Nigeria to remit one per cent of their net profit to fund the trust fund.

“HURIWA demands the arrest of Stella Oduah by the Inspector General of Police, Usman Baba, for alleged perjury following the documentary evidence of NYSC.

“Failure by the IGP to do this, HURIWA, will by next week, institute a suit to compel the IGP through a MANDAMUS to investigate, arrest Stella Oduah and charge her for alleged perjury based on the documentary evidence already publicised by the NYSC. This is a critical issue that the IGP ought to investigate if the IGP is patriotic”, the statement concluded.