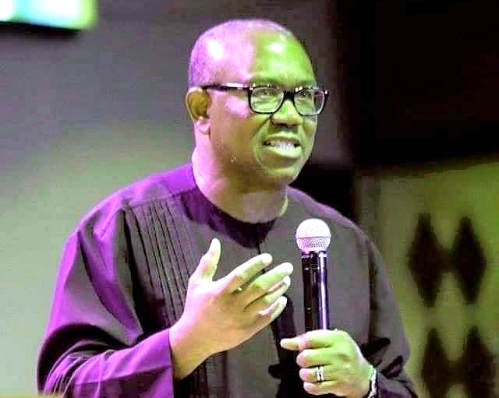 Soludo To Obi: Why You Cannot Win

Governor of Anambra State, Prof Charles Soludo has urged Presidential Candidate of the Labour Party, Peter Obi not to toy with the destiny of 60 million Igbos, saying he cannot win the 2023 presidential election.

Soludo, in an article titled ‘History Beckons and I Will Not Be Silent,’ said Obi will not win as the LP lacks the structure to defeat either the ruling APC or PDP.

“Let’s be clear: Peter Obi knows that he can’t and won’t win. He knows the game he is playing, and we know too; and he knows that we know. The game he is playing is the main reason he didn’t return to APGA. The brutal truth (and some will say, God forbid) is that there are two persons/parties seriously contesting for president: the rest is exciting drama! That many Americans may not like the fact that Joe Biden (79 years) and Donald Trump (76 years) are two frontrunners for president in their parties does not remove the fact that if both of them emerge as candidates, definitely one of them will be president in 2024,” he said.

While narrating how he had proposed to Obi in March that he should run on the ticket of APGA in order for the Igbos to organise the region politically before stepping out to bargain power with other organised coalitions, he warned that the South East might be the biggest loser in 2023 if Obi fails to win.

“During the 2019 presidential election, the five South East states were united for PDP but contributed merely 1.6 million votes to PDP which was about the votes that Kano State gave to Buhari. The emotions might run to heavens but politics-power is about cold calculations, organisation and building alliances for power.

“In a democracy, it is a game of numbers. So far, I don’t see any of these–and 2023 might again be a wasted opportunity for Ndigbo! What is our Plan B when Peter Obi loses in February 2023? Some people prefer that we should play the Ostrich while Peter Obi toys with the collective destiny of over 60 million Igbos. Yes, you pray that he wins, but what if he fails as he is certain to?” he said.

He said available polls showed that Obi’s popularity is declining and he is taking votes away mostly from the PDP presidential candidate, Atiku Abubakar.

He called on Igbo leaders to strategise and negotiate with either of the two leading presidential candidates on how to ensure lasting peace and security in the South East, including the release and engagement with Nnamdi Kanu.

Soludo Is Being Sponsored

Reacting, Obi’s campaign council said that Soludo is being sponsored to attack the LP presidential candidate.

A spokesman of the campaign council, Dr Tanko Yunusa, said in his reaction that “ We want to say that he (Soludo) is being sponsored by opponents to weaken our base in the South Eastern part of the country, but what he did not know is that he is making a big mistake.