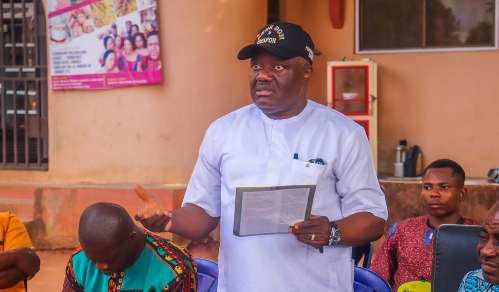 Peter Obi Resource Group, Anambra South Chapter unanimously endorse the candidacy of Engr Dom Okafor for Aguata Federal Constituency, ahead of the forthcoming general election which is to be held on the 25th of February, 2023.

Hon Godwin Onyenwobi, the Aguata Coordinator of Peter Obi Resource group boldly stated that the aim of the group is simply to be at the forefront of national development through enthroning visionary leaders who are not only competent but passionate about changing the political narrative of Nigeria.

Unequivocally, he stated that having interviewed other candidates vying for Aguata Federal Constituency, Engr Dom Okafor happens to not only be the best and credible candidate but amongst all has shown a high level of preparedness and competence towards matching words with results.

Hon Gilbert Obinwa, the Anambra South Zonal Coordinator of the group, reiterating the position of group, affirmed that Engr Dom Okafor is the right candidate for Aguata Federal Constituency and as such the group will marshal out all of its Arsenals to not only support him but help canvass for votes.

Special Adviser on Media & Strategic Communications to the candidate, Comrade John Obijeme who confirmed the development in a statement noted that Engr Dom Okafor who was elated by the supports, encouragements and affirmations appreciated the group and reaffirmed that his willingness to contest is to better the lives of all regardless of party and community divides.