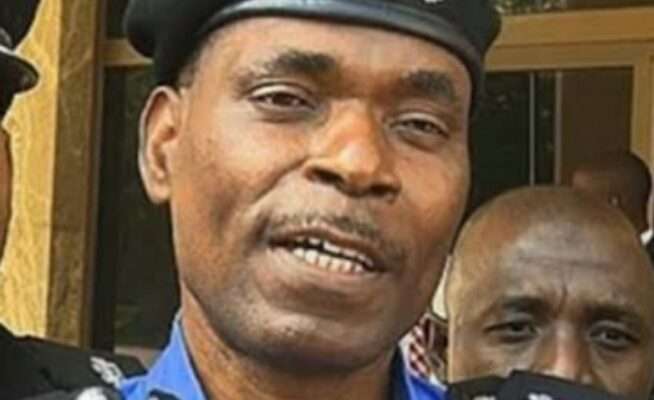 Arrest and Discipline of Policemen Not Enough

Nigerians were not only alarmed but totally shocked to their marrows on viewing a trending video where some policemen were seen destroying alcoholic beverages and other goods belonging to an undisclosed citizen in Lagos who purportedly flouted the direct restriction order of the governor of Lagos State due to coronavirus pandemic plaguing the entire world.

The destruction was viewed as not only barbaric, but unlawful and carried without any logic or wisdom.

What people who reacted to this abnormal behavior were saying was that the policemen could have (1) sealed the premises of the owner and/or (2) arrest the culprit rather than engage in wanton destruction of the properties of a citizen who has committed no wrong by opening up his or her business premises for daily income for self survival.

As at the time this incident took place, Lagos State House of Assembly has not yet passed the law that criminalizes opening up of business premises during this time of restriction; it was rather an oral directive from the governor whose full measures and procedures were not well spelt out.

It was therefore very appalling and disgusting to see our law enforcement agents engaging in the barbaric and wanton destruction of the citizen’s means of livelihood at this trying time. There is no logic to explain away this kind of behavior at the moment.

One is gladdened in the spirit that it is reported that the Inspector General of Police has ordered the arrest and discipline of the erring police officers.

That is the way to go and we shall ensure that this directive is carried out strictly by the Commissioner of Police in Lagos.

However, arrest and discipline is not enough for deterrence. One is arguing and pushing that the wronged citizen should be compensated for the items that were destroyed.

The policemen went beyond their brief and the aggrieved citizen should not be left without a remedy.

There is a legal maxim that where there is a wrong, there should be a remedy, ubi jus ubi remedium. That fellow whose goods were destroyed should be adequately compensated with money or replacement of his or her damaged goods.

I use this medium also to remind the government both at the centre and at the State level that hunger is more deadly than coronavirus.

The government at the various tiers should come up with measures to cushion the debilitating effect of this trying time of total lockdown.

There are those whose self survival is dependent on daily trading and business and you cannot ask them to stay at home without any food or drink. We are no doubt courting trouble by doing that.

The various sums of money donated by Alhaji Atiku, Tony Elumelu, Alico Dangote, Femi Otedola, Zenith Bank and the rest should be quickly deployed towards effectively curtailing the harsh economic measures that will result in this sit-at-home order of all the State Governments.

We also call on the Central Bank of Nigeria to deploy the said billions of Naira it announced that it has earmarked to cushion the harsh effect of the bad season on the citizens.

It is not enough to announce figures, Nigerians want to feel the impact of the economic measures of those sums announced.

The primary responsibility of the government is to secure lives, properties and to see to the welfare and well being of the citizens. The time to show love to the citizens is now and not only during elections when politicians come crawling looking for votes.

This is the time for leaders and followers alike to prove to the world that Nigeria can get things right, the spirit of common humanity should destroy every barrier of tribalism and religious idiosyncrasies. Action rather words should now speak louder than voice.