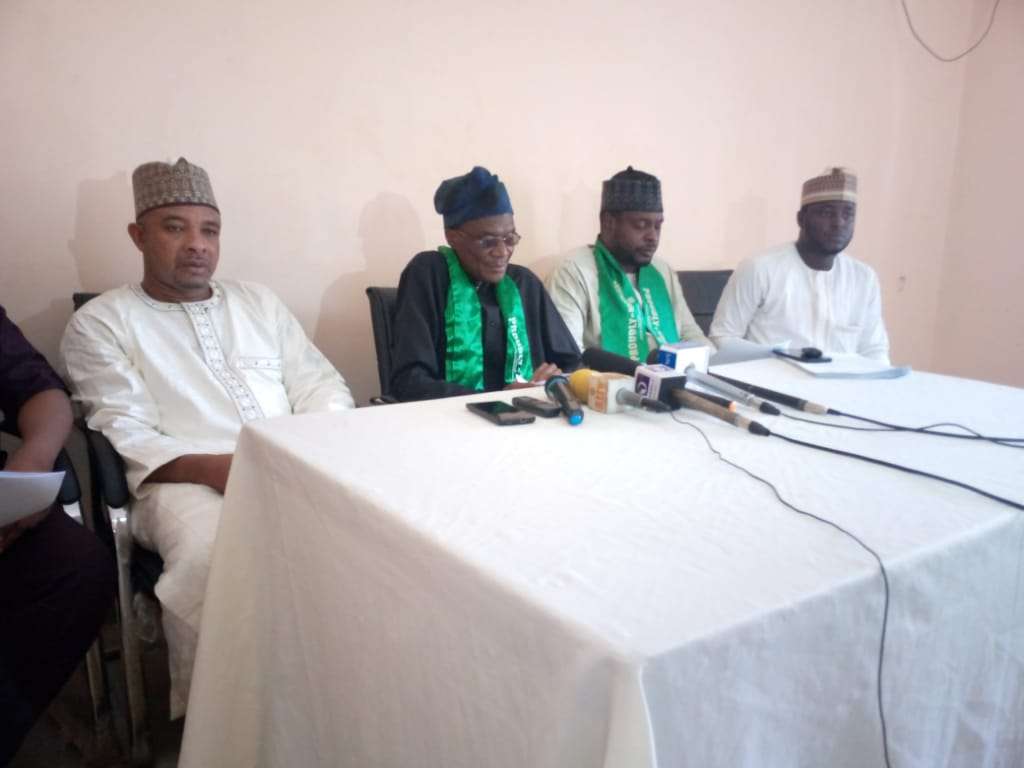 The Coalition of Northern Groups has expressed extreme worried and profoundly agitated by reports of threats by the Osun state government to deploy Amotekun, a state-owned militia to seek out, apprehend and deport northerners residing in the state.

The coalition in a statement signed by its spokesman, Comrade Abdul-Azeez Suleiman noted that it became more imminent when Afenifere, the dominant Pan-Yoruba cultural association reinforced the threat as reported on May 1st 2020 thereby according it the salient endorsement of the entire southwest.

We view the threat as a serious cause for concern to all well-meaning Nigerians and friends alike when the Osun government remains undeterred even with the protest on 30th April, 2020 by the Zamfara state government whose indegines are said to betargeted by the deportation plan.

OBSERVATIONS
Having made these points clear, the Coalition hereby wishes to address specific issues arising therefrom.

1. The deportation threat by the Osun state government and the Afenifere is not only a catalyst for communal disharmony, butal so a clear contradiction of the human rights guarantee contained in Chapter IV of the 1999 Constitution of the Federal Republic of Nigeria as follows:

b. No citizen of Nigeria is to be subjected to any disabilities or restrictions based solely on the fact that he/she is a member of a particular community, ethnic group, place of origin, sex, religion or political opinion, or circumstances of his/her birth.

2. The deportation plan also rubbishes President Muhammadu Buhari’s reaffirmation in his address to the nation on August 21, 2017, of the Constitutional guarantee for every Nigerian citizen to reside in any part of the country without molestation.

3. That the acceptable position is for anybody charged with the commission of an offence is prosecuted and punished in the state where the offence is committed and not to be forced back to his state of origin.

4. That in extraordinary situations such as the one created by the COVID-19, a state, in the enforcement of the restriction of movement, can apprehend people coming from other places and send them back on point of entry as is being done by Kaduna and other states across the country.

5. That in this case, the deportation is specifically targeted at people of a particular region and ethnic group.

6. That the mode in this case is not limited to turning people back on points of entry, but involves fishing out people of the said targeted ethnic group from the Yoruba communities and deporting them.

7. That this is planned irrespective of the trite law that unless otherwise proved, majority of northerners – including those residing in Osun and every other part of Nigeria – are peaceful everyday people with the same needs, anxieties and hopes as the rest of Nigerians.

8.That in the execution of this plan, the consciousness is eroding that for decades, different tribes in Nigeria have been accommodated and tolerated in other parts of the country without their hosts contemplating discriminatory actions specifically to intimidate, harass and endanger them, their families, their properties or their trades.

9. That they are so tolerated despite abundant hard evidence that shows how some of these non-indeginous northerners who are comfortably accommodated by the North take undue advantage of the region’s tolerant culture to pursue illicit trades.

10. That while this is going on, the Presidency, the Police and other federal law authorities are conspiratorially silentand perhaps expecting the North to continue to tolerate the stay of other people from where it’s sons are being deported.

Against the backdrop of these concerns and observations, the Coalition of Northern Groups does not wish to remain silent or passive and allow things that affect the North and potentially cause greater instability in the country to continue unchecked.

We therefore find it necessary to make the following stand known on these issues.

While condemning the actions of those who perpetrate criminal acts anywhere in Nigeria, weat the same time, emphatically repudiate the vilification of one ethnic group or the other for whatever reason or justification.

In this light, we deem the targeting of northerners resident in Osun state or any part of this country for vilification, systematic dehumanization, profiling, alienation or any action that will render them object of attack and persecution, not only immoral and illegal, but also abhorrent to our sensibilities and ordinary decency and therefore unacceptable.

b. We at CNG are quite aware that targeting of any ethnic group and singling it out for any negative action for all intents and purposes, is against both our laws and international law as such acts are the prelude to genocide and ethnic cleansing actionable under international human rights and humanitarian law, as well as international criminal law.

2. We remind the Federal authorities, Osun State government and all other sections of the federation that it would be unrealistic to expect that others would continue to tolerate citizens of other states in their midst while their people are denied similar rights to accommodation elsewhere.

3. We demand immediate action from the Federal Government to forbid the use of all militias and armed groups to unlawfully encroach on the fundamental rights of Nigerians residing in any part of the country and to ensure that no group has the capacity to challenge the State in its prerogative to maintain law and order, and protect citizens’ lives and properties.

ALSO READ  Why Atiku Should Step Down From Presidential Race - Tinubu

4. We demand the Federal Government and other relevant federal authorities to treat this deportation threat as an existential threat to the future and hopes of our country and the North in particular, that are reposed in mutual respect.
a. As regards the current threat, government must take further steps to ensure that both indegines and non-indeginous residents of any part of this country including Osun, are given adequate protection by state agencies.

We conclude by reiterating our usual call on all northerners to continue to exercise a high sense of responsibility in restraint while remaining firm and focused.

We restate our commitment to resist this and future attempts at blatantly reviewing, rewriting and falsifying history to suit certain regional agendas that tend to portray the Northin bad light and render it as the culprit and the guilty entity.

Meanwhile, the North shall continue to hold its place as the bulwark of respect, integrity, dignity, decorum, tradition, decency, morality, civilization, etiquette, good behaviour, politeness, accommodation, and all other positive traits.

But for the avoidance of doubt, the North will no longer remain passive under such deliberate and sustained attacks on the integrity and dignity of its people and will henceforth be forced to pay every provocation and unwarranted humiliation in kind.
SIGNED
ABDUL-AZEEZ SULEIMAN (SPOKESPERSON)
Coalition of Northern Groups