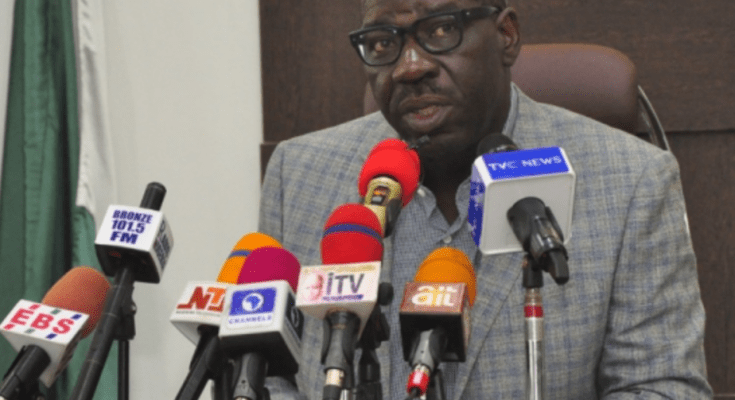 Real estate developers in Edo State have declared their support for the reelection bid of the state governor, Mr. Godwin Obaseki, lauding the governor’s uncommon reforms and policies that have opened up the real estate sector.

The developers, under the aegis of Edo Land Developers, expressed confidence that the governor will emerge victorious in the September 19, 2020 gubernatorial poll, citing the governor’s remarkable strides across all sectors of the state in spite of dwindling resources.

According to the Secretary of the union, Oserheimen Idah, “The governor has been able to transform the state through massive infrastructure development across the 18 local government areas of the state and introduced a series of reforms aimed at reducing and totally eradicating bottlenecks and threats to doing business in Edo.

“Obaseki has totally stopped the illegal activities of Community Development Associations, setting up a Private Property Protection Taskforce to ensure that developers and property owners do not fall prey to land-grabbers and other unscrupulous elements in the property sector.”

While highlighting the achievements of Obaseki in all sectors of the economy, the estate developers submitted that the governor had performed excellently and should be supported for another term, listing his achievements in road construction, education, agriculture, industrial development, workers’ welfare, health and infrastructural development amongst others.

Idah continued: “If the essence of governance is the overall development of the society, and lifting burden off the people, Governor Godwin Obaseki has indeed done well. He has performed excellently, putting smiles on the faces of residents; Edo people, home and in the Diaspora, are proud of his governance style.

“As beneficiaries of the governor’s good governance and concerned citizens of Edo State who are interested in the progress and development of our dear state, we declare total support for the reelection of Obaseki, to continue as governor of Edo State for another four years.”

“We are certain that with Governor Obaseki, Edo will be great again; we will continue to mobilise and canvass for votes for him so that we will have another four years of pro-business policies in the state”, he added.