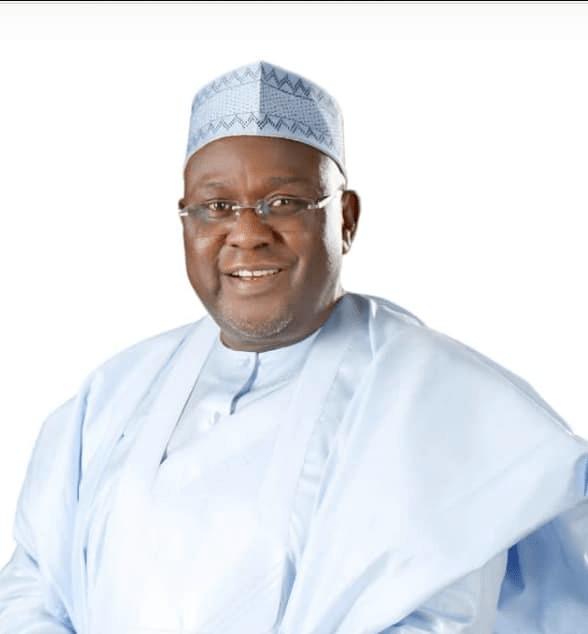 The Nigerian senate says it has initiated a series of legislative amendments aimed at further giving a legal backing to the anti-corruption agenda of the current administration of the country.

The upper legislative arm of government believes that the legal framework of the anti graft agencies must be fortified especially in a changing world.

The Chairman Senate Committee on Anti-Corruption and Financial Crimes, Senator Suleiman Abdu Kwari disclosed this in an exclusive interview with our correspondent at his office at Abuja.

‘’As you can see, times are changing and we must adjust our policies and laws to suit those changes. The Covid19 pandemic has brought this realization to the fore.

He said the senate was also watching keenly the allegations and counter allegations between the suspended acting Chairman of the EFCC, Ibrahim Magu and the Attorney General of the Federation, Abubakar Malami before making any public statement on the matter.

According to Senator Abdu Kwari; ‘’As you can see, no one is above the law. However, everyone must be given a fair opportunity to defend himself or herself against allegations levelled against them. We are watching and will have our say on the whole process in the course of our oversight duties’’.

The Distinguished Senator who was part of the national delegation which attended the Conference of States Parties (COSPS) in Abu Dhabi last year explains the benefits of the meeting to Nigeria and lessons learnt.

‘’The COSP is an offshoot of the United Nations Convention Against Corruption (UNCAC). That is one of the most important international frameworks in the fight against corruption and financial crimes in the world today. While there, we also attended special side meetings of the Global Organization of Parliamentarians Against Corruption, (GOPAC).

“Currently, the review processes are on going as a lead up to the United Nations General Assembly Special Session on Corruption (UNGASS 2021). I am please to inform you that the National Assembly is part and parcel of the conversations and we will continue to play that role.

“Indeed, GOPAC international head office is the first stakeholder to contribute to the UNGASS2021 preparations. In that submission, we voiced support for the inclusion of parliamentarians as  outlined in the first regional summit-the Pacific Leaders’ Anti-Corruption Summit, which saw the Teleniwa Vision, adopted in Kiribati’’.

Furthermore; ‘’On the home front, we have identified special bills of interest that will enable Nigeria fulfill our international obligations as provided for in the United Nations Convention Against Corruption (UNCAC).

“These bills include; the legal framework for the management of Civil and Criminal Forfeitures titled; Forfeiture Assets Management Authority, (FAMA), which will cover both proceeds of crime and other civil forfeitures that accrue to government.

“The other bills of interest include; the Public Interest Disclosure Bill (Whistleblower), Witness Protection Bill, some amendments of the Administration of Criminal Justice Act (ACJA), to remove clauses that have been found to impede the smooth running of the Criminal Justice System.

“There are other considerations related to the EFCC, ICPC, and the CCB legislations that will ensure their independence, adequate funding as well as their openness to public scrutiny’’.

Asked of his view on the National Anti-Corruption Strategy (NACS) 2017/2021, the Senator representing Kaduna North Senatorial District at the National Assembly had this to say; ‘’That process is being driven by the office of the Attorney General and I am aware that we have passed the half way mark.

“We will be requesting an update on the implementation strategy to see if there are areas we can collaborate to ensure its success. As part of the Committee’s reviewed work plan post Covid19, we have come up with a new conspectus called the Legislative Anti-Corruption Strategy (LACS 2020/2021).

“This strategy will seek to give clearer direction in building a robust legal framework to support Mr. President’s anti corruption agenda.

“It will categorize the entities in the war against graft into the three core areas of their mandates being Prevention, Enforcement, and Criminal Justice System (Prosecution), which is why we will be critically examining the Administration of Criminal Justice Act.’’

“Therefore, this Legislative Anti-Corruption Strategy will generally focus on three main areas namely;  1. Provision of a robust Legal Framework that will criminalize the rampant forms of corruption prevalent in the country, while at the same time; ensuring that the Anti-Corruption Agencies are independent and properly funded; 2. It will provide a simple but clear template for ensuring the ACAs and LEAs are performing in accordance with their prescribed mandates; 3. We will be conducting sundry inquiries that will seek to expose fraud or corruption wherever it is discovered.’’

Senator Abdu Kwari also explained the advantages of the Global Organization of Parliamentarians Against Corruption (GOPAC) as an organization to Nigeria.

According to him; ‘’It is very clear that GOPAC will be one of the most effective platforms in the fight against corruption because it will have formidable national and sub national foot prints.

“Not only can it spread the anti graft message at the national levels, it can also do so at the State and Local Government levels’’.

The Chairman Senate Committee on Anti-Corruption and Financial Crimes expressed his appreciation to the leadership of the National Assembly Chaired by the Senate President, Senator Ahmed Lawan, over what he described as; ‘’the clear path they have provided and the ensuing collaborative environment that the nation is experiencing currently between the three arms of government.’’

He assured the anti corruption agencies and stakeholders that his office will remain accessible at all times and that all views and opinions will be taken into consideration throughout the period of the review process.

My Life Under Threat, NNPC Not To Be Blamed For Smuggling Of Petroleum Products — Mele Kyari, NNPC GCEO - Pulse News - From the Stable of Essence Multimedia Concept

[…] Kyari, while speaking at a summit organized by the House of Representatives Committee on Anti-Corruption, said as long as there is subsidy, smuggling and round-tripping will […]