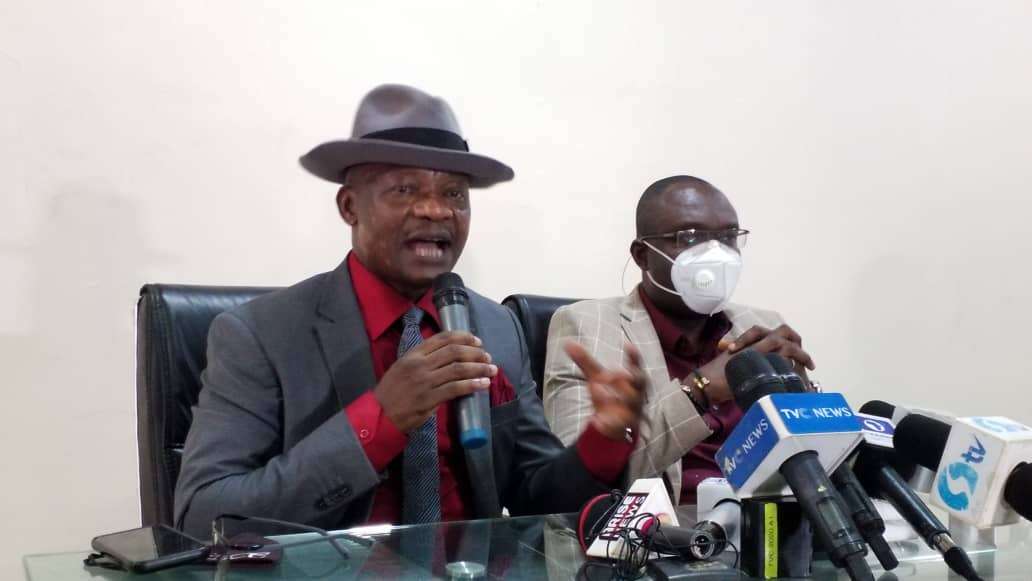 Delta State Government on Monday restated its commitment to the security of lives and property of citizens in the state.

The Commissioner for Information, Mr Charles Aniagwu, gave the affirmation at a news conference in Asaba.

He said the state government had a healthy working relationship with security agencies operating in the state and urged residents to cultivate such relationship with the agencies as it would engender mutual respect on both sides, especially while the law-enforcement agents would be carrying out lawful duties.

On allegation of extortion of tricycle operators and commercial motorists by the policemen, Aniagwu condemned, but urged the people to do the right thing by being law-abiding, including ensuring that documents of their vehicles were current at all times.

According to him, when you obey the law and have the necessary papers of your vehicles as a road user, you would be avoiding police harassment.

He urged media practitioners to enlighten the people on the need to obey security agencies carrying out legitimate duties, and assured that observed cases of unwholesome acts by some police personnel would be handled with the authorities of the Force..

Aniagwu, who was flanked by his Youth Development counterpart, Comrade Ifeanyi Egwunyenga and the Chief Press Secretary to the Governor, Mr Olisa Ifeajika, said “as a government in Delta, we have a responsibility to ensure that the police go about their duty with respect to fundamental human rights of citizens.

“I am sure that most of you are aware of what happened at the weekend in Ughelli. As a government we are very mindful of our powers and responsibilities, most importantly to deal with issues of security and welfare of our people and that we will not shy away from.

“We will continue to take steps to protect our people and to also ensure that the security agencies in the state operate according to known rules of engagement.’’

“We thank God that the individual involved in the incident is alive and responding well to treatment.

“As a government, we don’t interface with the police through the media; we have our channels of communication with the security agencies and we don’t inform them to take certain actions in the media.

“We have a very wonderful working relationship with the police high command and with the officers and men of the Delta State Command.

“We appreciate ‘democratic policing’ that has respect for the rights of our people. We will also urge our people to also know that security agencies have a responsibility to protect all of us, including those in government and those who have given us the mandate to govern.

ALSO READ  Ismail Dauda: How To Be A Police Officer!

“The best thing to do when you are stopped by the police is to stop and respond to the questions with respect so that at the end of the day you don’t begin to have a situation which will bring unpalatable developments.’’

Aniagwu appealed to security agencies to always try as much as possible to be civil in the discharge of their responsibilities, adding that it behoved all citizens to realise that the security agencies had a responsibility to protect the society against the antics and actions of criminals who may want to engage in crimes and criminalities.

“We are pleading with everybody in the state to always show respect to security agencies whenever you are stopped and being questioned, and if it happens that you are being harassed, we are very much open to be alerted as a government.

“It will not be in the interest of our state and our people for individuals to go to the social media and begin to paint pictures that are at variance with realities.

“Let us take further time to verify social media posts before we repost so that we don’t continue to promote fake news,” he said.

He commended the people for not being misled by the fake news on the Ughelli incident and pleaded with them to continue to cooperate with security agencies to sustain the peace that pervaded the atmosphere in Delta.

On flooding, Aniagwu said the state government had made it clear that camps for displaced persons would not be set up this year because of the COVID19 pandemic and urged affected victims of flood to evacuate to high grounds.

He assured that the state government would mitigate the effect of the flood on the people.

On his part, Egwunyenga commended Ughelli youths for not being provoked to the extent of reacting to the unfounded stories on social media.

He urged the youths in the state to see the social media as a positive platform for self development and community development, in the interest of the state and the nation, rather than as a platform for mischief making.

“If people were to react with the information earlier made available on the social media and later find out the true position, a lot of damages would have been done.

“We will continue to advise that the police should continue to conduct their activities with a human face and with respect to the rule of law.” he said.