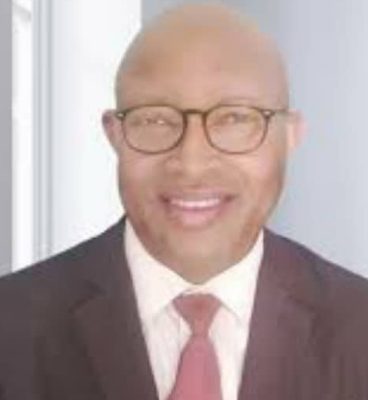 Egalitarianism in the Context of African Leadership

“All animals are equal ,but some are more equal than others”, a quote from the book written by a dystopian author, George Orwell, titled “Animal Farm”; a  notable satire that lampoons the contemptible trend of nepotism, favouritism, feudalism and other discriminative mentality.

Equality however sounds mythical and  more of a mumbo jumbo while superficially cogitating on its  denotative meaning…. The reality of the term Equality unfortunately, lies in the defiance of the religion of human preferential and reverential  power in the social order.

The school of thought that opposes to the proclamation of Equality, that is seen demagogic, may have several reasons for eschewing the social tenet.

Merely observing the phenomenon of the  day and  night , is however observable that the world experiences equal day and night twice in 365 days (a year), 22 September and 20 March.

Essentially, inequality is a notable  one of the oldest creeds in the history of mankind. The history of bequest in the old Israel which still lingers in which the first son takes the greater part of the inheritance and also  demographics that did not recognize males bellow 20 years and women generally during census is a good evidence to prove that inequality ,sexism and other forms of discrimination have been flowing in the blood of humans ab initio.

Giving primogeniture a merit and priority at the expense of other siblings is much pronounced in Africa  This implies, that a first son assumes superiority by virtue of nativity circumstance. The rein of leadership however swings to his hand nem com, and he is often seen as the pater familas.

Without any gainsay, Africa and the entire world, before the advent of egalitarian principles  were basking in the euphoria of inequality, though several moves of emancipation were made in due course whose effects are not yet fully palpable.

Gender inequality is believed to be promoted by the prominent religions in the word, that is, Christianity and Islam. The new fangled idea of egalitarianism is fabulously antithetic to the their doctrines.
This looks virtually a misogynist affairs, especially when it comes to considering the eligibility of women for some social benefits.

The sacrosanct Judiciary is not spared in this  social anomalies, as the female judges are addressed,” sir’ which is the gamut of gender relegation. An inquisitive would ask,” is sexism in the jury and judiciary at large?’

Without mincing words, agitation for equality engendered  feminism, a philosophy that gives credence to the fact that women are equal to the task and as well not sub human in any perspective.

At this juncture it is imperative to delve into the ideals of egalitarianism, a Cinderella in the world polity.

Advocacy for equality among humans defines egalitarianism  This has different meanings to different individuals ,peoples ,culture and religions.

The principle looks utopian and  not pragmatic  in some premise which makes  less faith to be  accorded to it .While a school of thought is credulous of the fact that men are not equal and as such egalitarianism is a philosophy   in support of giving equal rights to unequal people.

A legendary Reggae maestro ,Peter Tosh in one of his hit tracks “equal rights and justice” lays emphasis on the sanctity of egalitarianism.

Without muddling up thoughts. egalitarianism is akin to justice .The Provision of  level play ground for both genders  is considered a fundamental social justice. This  defines equity in the wold system.
Adherence to the principle is not in anyway  synonymous with “one size fits all”.   Unfortunately, Here lies the crux of the matter!

Allotting same size of a cloth to men of different sizes in Africa where tradition and customs   orchestrate human deification and the spate of egotism  among “more equal” men that pride in denuding the people to glorify the avalanche of their  clothes may suffer resistance beyond imagination.

Corruption, an albatross in Africa constitutes a great drogue in the progress and advancement of equality crusade The  “more equals” who are underage  are allowed to vote in the northern part of Nigeria and the “equals” with unquestionable suffrage in the South disenfranchised for lacking “blue blood”.

The leaders “more equals” paid from the fiscal proceeds generated from the people jump queues with accolade from the oppressed who are conscious of their status “equal”.

Luck egalitarianism which is a theory of distributive justices, considers that  philosophy of  equality is to compensate ones that are not lucky in terms of birth ,  to console people with poor background and contemptible endowments.

The regional imperialism in a country like Nigeria where a region of a feudal influence, but without vassal states, makes the  birth of the indigenes  “more equal” than others. The  architecture of the national assembly building which is in accordance with religious prescription  of the “more equals” suggests to the world that equality and social justice are lacking in Nigeria .

This inequality seems to be acquiesced to as none of the “equals” has assiduously  protested.

The continent is encumbered with the age long phenomenon of ethnic dominance::the influence of Akan group of Ghana ,the Kikuyu of Kenya, the Buganda of Uganda  etc.  With this, and the Caliphate influence over  the giant of Africa ,Nigeria ,egalitarian leadership in Africa is obviously  constrained.

Karl Max the proponent egalitarianism in tandem with John Locke  of the philosophy of unifying mankind through the recognition of fundamental human rights in equality, creditably did a laudable job for humanity ;a job to be accomplished by equity.

Equity is however the soul of any political thought and philosophy.  This is  a  spirit  of propriety that is superior to guide even in administering equality in the defiance of all odds.