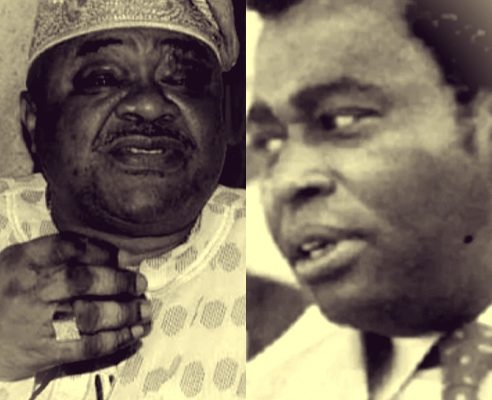 A former governor of Oyo State, Christopher Alao-Akala, and an ex-minister of Finance, Chu Okongwu have been reported dead.

Chu Okongwu, who died on Wednesday morning, was born on September 23, 1934, in Nnewi, Anambra State. He was the first of eight children.

Alao-Akala was a former governor of Oyo State and sought re-election under the Action Democratic Party (ADP) in the 2019 governorship election in the state.

Alao-Akala was born in Ogbomosho on June 3, 1950. He had his elementary education at Osupa Baptist Day School, Ogbomoso, and proceeded to the Kamina Barracks Middle School, 5th Battalion of Infantry in Tamale, Ghana.

Alao-Akala was enlisted as Cadet Inspector of Police in June 1974, at the Nigeria Police College, Ikeja. He was later recommended for overseas training at the Hendon Police College, in London, among others.

The former governor also participated as a Nigerian delegate at two INTERPOL conferences in Nice, France, and in Málaga, Spain. From the position of Station Officer in the Nigeria Police, he became the Administrative Officer, Federal Operations at the Force Headquarters, Lagos.

Alao-Akala started his political career as a member of New Dimension. He contested and won the chairmanship seat of the Ogbomoso North Local Government along with seven councilors under the platform of APP in 1998. He was elected the vice-chairman of ALGON, Oyo State Chapter between 1999 and 2002.

Alao-Akala founded the Ogbomoso Unity Forum, a political association that later joined the PDP. He was the Chairman of Ogbomoso North Local Government from 1999 to 2002.

Alao-Akala later contested and won the governorship election in 2007 under the platform of the PDP and became the Executive Governor of Oyo State, serving a full term till May 2011.

In October 2018, he defected to the Action Democratic Party (ADP) where he won the governorship ticket to contest for the office of governor in the 2019 general elections.

On the other hand, Chu Okongwu attended St. Michael’s School, Aba between 1941 and 1946. From there he moved to Government College, Umuahia, Abia State, and was a student there from 1947 till 1951.

He studied economic theory at Boston University and completed the degree in 1961. He also attended Harvard University from 1961 to 1965.