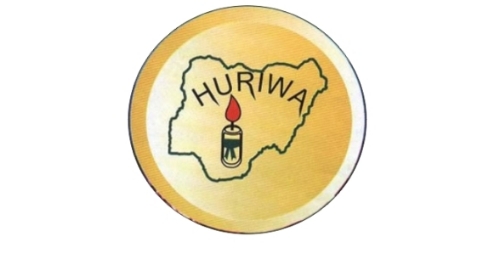 HURIWA To Shettima, APC: By Your Fruits, We Now Know You

Human Rights Writers Association Of Nigeria (HURIWA) has stated that it is in the self enlightened interest of Nigerians not to hand over the office of president of Nigeria and the VP to the duo of Senators Bola Ahmed Tinubu and Kashim Shettima the All Progressives Congress Presidential and Vice Presidential Candidates in 2023 poll.

HURIWA said the choice of a Muslim-Muslim ticket is deeply divisive abd distrustful.

HURIWA has also faulted as false and fallacy the claim by Senator Kashim Shettima that his principal Senator Tinubu would be fair and just to all if elected even as the Rights group said the first law of common sense is to take someone by his first act just as the group said the irresponsible, insensitive and callously wicked same- faith ticked of the All Progressives Congress means they already have denied Christians fairness and just representation.

“Aside the fact that the Muslim- muslim presidency of APC is a well-grounded sinister plot to Islamize Nigeria, the Rights group said only people with an agenda for division and religious war will come up with a typically non -Nigerian same faith ticket for 2023 presidential poll when Nigeria is secular multireligiousand multiethnic in federal characteristics.”

HIRIWA recalled that the vice-presidential candidate of the All Progressives Congress, Senator Kashim Shettima, has assured Nigerians that when elected, Bola Tinubu’s administration would be just and fair to all Nigerians, irrespective of tribal, religious and political affiliations.

Shettima stated this on Tuesday at the one year memorial service for Dr. Emmanuel Abiodun, father of the Ogun State Governor, Dapo Abiodun, which was held at the St. James Anglican Church, Iperu-Remo, Ikenne Local Government Area, Ogun State.

He said, “We need to build a new nation because the hope of the black man is in Nigeria. The onus is on us to secure the future of our children yet unborn.

“I want to assure Nigerians that we are going to be just and fair to all Nigerians. We are going to be all inclusive because no society can thrive on injustice. Ours will be an all-encompassing, all-embracing government.

“We will build a country of our dreams where people are judged by their character irrespective of their political affiliations, religious persuasions, sectional or tribal ground.”

He commended the South West for being a bastion of religious tolerance and generosity.

The former Borno State governor stated that the region is that where people are judged by their character, competence and ability.

HURIWA dismissed these submissions of Shettima as medicine after death and asked the APC to forget the Presidency of Nigeria just as HURIWA says if APC manipulates the 2023 Presidential poll and fix the Muslim-Muslim Presidential and Vice Presidential Candidates as winners, then it’s finished for Nigeria as we now know it.