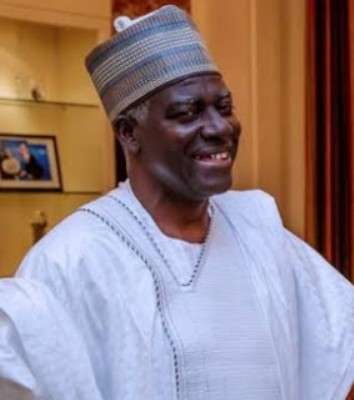 The Director-General (D-G), Department of State Service (DSS), Mr. Yusuf Bichi has fingered the increasing political instability in Africa on alienation of citizens from governments and authorities.

Bichi said this at the 2022 Distinguished Personality Lecture organised by the National Institute for Security Studies (NISS) for participants of the Executive Intelligence Management Course (EIMC 15) on Thursday in Abuja.

According to a report by the News Agency of Nigeria (NAN) reports that the lecture titled, Building the Democratic Culture in Africa: The Pains and Gains was delivered by the Vice Chancellor, Enugu State University of Science, Prof. Aloysius Okolie.

The DSS boss represented by Mr Brown Nkoaba, the Director of Training in the DSS said deliberate efforts to ensure inclusion would guarantee political stability in the continent.

He said the political culture needed to sustain liberal democracy could best be described as weak in most of the post-colonial African nations.

Bichi said a lot had been achieved by some African leaders through focused leadership.

According to him, historically, there have been significant transformation in the political systems in many African countries and has enhanced regional security and development.

The DSS boss said significant institutional changes had taken root in many African countries, but added that, a lot was still required to leapfrog the continent to its pride of place in global affairs.

“These are institutional changes that have transitioned from the racially-based apartheid regime in South Africa to non-racial democracy.

“Many civilian and military dictatorships have fallen for the establishment of rule of law-based governance systems, characterised by constitutionalism, including reforms such as observation of pandemics in office.

“Many African countries are still struggling to deepen and institutionalise democratic niceties and culture as against governmental impunity, human rights violation and abuse of executive powers,” he said.

According to him, it is gratifying to note that most African regional organisations are involved in promoting democracy.

He said the foundations and institutions of political culture necessary to sustain liberal democracy could best be described as weak for most of the post colonial era.

Bichi said some governments across African continent were becoming more alienated from the people that claim to be representing.

The DSS boss said this had led to a rise in political instability within the region, as already being seen in some countries in Central Africa and West Africa in recent times.

Okolie in the lecture, called on African leaders to harness the advantages that accompany diversity.(NAN)(www.nannews.ng)