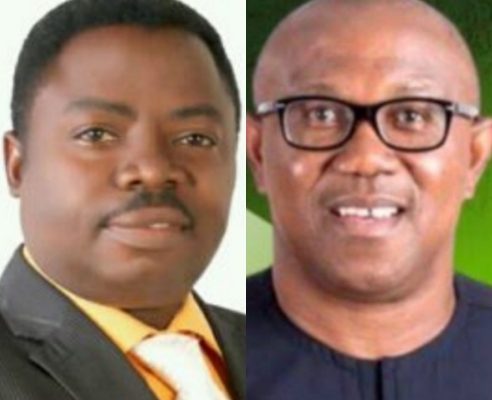 Obituary And The Affidavit Of Existence: Is LP Labouring In Vain? Part 3

The “Obidients” should know that lack of structure could be a fatal consequence for any political party, worse for such will be ignorance of the central control system needed to triumph in the game of politics!

Noise, someone once said is not music! When the word ‘structure’ is mentioned in politics, it is not just the availability of people but the crowd controlling system to engage them for functionality on the purpose for which they are gathered!

Crowds without control in politics is “ero oja”, market crowd, many of whom have no wares to display. With nothing in mind to buy, they will just wander around the market till the close of the day!

Take it or leave it, credible data from research carried out has shown that half the crowd of revival in our churches shouting “obidient” will not vote!

Lack of structure was the sponsored narrative with which the Obidients morale was meant to be dampened. But their tenacity soon made the message clear that they are NOT ready to back out. Stubbornness is an integral part of politics, as a matter of fact it’s a sector made for touts. No one lacking the persistency to sell something directly should come around politics, which is what touting is. All politicians are touts, Obi should be one! Propaganda is a veritable tool of hyping their wares, on this the Obidients have overtaken the old practitioners that they met in the trade. If you don’t know, please do now! Politics is a world made for Bullies; so stop asking me why FFK has come this far since 1999.

Obidients should know no matter their numbers, they need the coordination for control called “Structure” in politics. It is the reason normal party issues are lingering beyond their life expectancy, unresolved. Who is the rallying point that can provide leadership for the party, a person representing the ideology of the party that the people can be loyal to, someone who has the capacity and has earned the respect to call and people will honour his/her call.

The absence of this is why Labour Party is still tightly being held in the jugular in Lagos. What many are seeing as a drama is an unfortunate reality.

The candidates of the Party to all positions in the State still remains uncertain and this may persist till November 25 when final names will appear on INEC portal. Except the Party is able to put their act together and resolve their differences. Awamaridi may appear as a self acclaimed chairman of the Party and governorship candidate but the claim that he has written to withdraw as the candidate by the National Officer of the Party was rebuffed by him.

As of now, a candidate can only be changed by INEC away from the Awamaridi faction’s submitted list if they personally write to withdraw or incase they die.

Further claims to his obituary and presentation of death certificate by another faction of the party speaks volume. As his name suggests “awa ma ri di” meaning unsearchable, he surfaced from the “dead” to swear an affidavit of existence.

My article: Obituary And The Affidavit Of Existence: Is LP labouring In Vain? Should have initiated critical thinking but Nigerians are too frustrated and the youths which are the demography of Obi’s support base is mostly affected.

The frustration of their wishes for national progress and the prevention of personal success and fulfilments is today a public feeling of upset and annoyance as a result of not being able to change the situation.

As expected, the ‘Obidients’ came for me like a swarm of bees ready to sting. Yes, l was hunting for sweetness from a land made sweet by nature but turned bitter by lack of intentional leadership that will deliberately mine it for productivity, focusing on national cohesion and integration.

We have been badly divided by what should unite and bind us together. We have had leaders of tribes and tongues but no single National Leader till date, aside Obasanjo.

The word “National Leader” conotes more of a political party chieftain when it is heard than the spirit and essence of the word! In the context of our country, a National Leader is a tribal lord who having won all political laurels among his or her tribe is lured to contest at the national level and then willingly proceeds to take up the battle for selfish reasons but claiming it is on behalf of his or her tribe or community.

I was ready for the bees from the “Obidient’s” farm; properly dressed for the assignment, covered head to toe with the thick truth that the revelation of “obituary and the affidavit of existence: Is Labor Party labouring in vain” will let us into!

Many were too impatient to notice the question mark that ended the heading and title of the article.

But has anybody laboured in vain in our political space before? Do we have a precedence, dangerous as it seem? The answer is a resounding YES!

I once knew a man (you know him too) who in the political space was accepted across party lines. A gentleman per excellence who fitting word couldn’t be found to describe. The people labelled him; “Omoluabi Eko” translated ‘a Lagosian of noble birth’. If this was a spite or mockery of the man who wouldn’t want him to become Governor in Lagos I wouldn’t know.

May be it was the public way of reminding his traducer that he was a bastard from only God knows where!

With labour well dispensed and political structure strongly built, the Government House was sure for him. There was no way he could be stopped once he picked his party’s ticket and wasting his life to waste his labour after his party’s primary will point accusing fingers at no one but the party in power in the State.

But who will kill his fellow aspirant within a party to lay hold of the ticket to an election when there are several other capable aspirants in the party? That will be the most stupid thing to do.

The general election was going to be a two horse race between the party in power and of this labouring aspirant. With political consultations and networking that was over and above party primary level, the scale was tilted and intimidating. Boom!

The man was murdered! Since then a question on the lips of Lagosians and by extension Nigerians has become the burden of justice on the successive governments in Lagos State: who killed Funso Williams?

From Oshogbo came the curse of the demi-god of lagos… “Labour in vain,” for whose desire the Oba once cursed the tribe of the man whom he want his labour to be in vain to go perish in the Lagoon.

Then Omatseye published Obituary of Peter Obi and now the final revelation from the Senior Advocate of Nonsense, who laid claim to a rumor that there are plans by the ‘Obidients’ to set up an attempt to assassinate their idol and make it look like the APC is culpable.

Those who have refused to give answers to who killed Funsho Williams, should at least answer the question: is Labour Party labouring in vain? Before it’s too late!

Obidients should also know that idolizing a man in the context of our evil federation powered by a compromised constitution is a risk too dangerous to make in view of our experiences.

At Project Victory Call Initiative, AKA PVC Naija, an NGO with mileage in voter education and political advocacy. A leading pressure group in Nigeria’s political space, our political persuasion is so strongly built that the best for Nigeria and Nigerians alone can emerge if all Nigerians will embrace our template.

iWalk is one project that is set to prove your patriotism to our country. If you truly believe the best man should win, why won’t you join the walk to say no to vote buying.