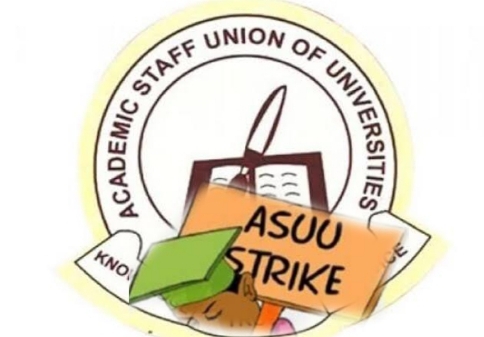 ASUU To Appeal Judgment To Call Off Strike

The Academic Staff Union of Universities (ASUU) has rejected the judgment of the National Industrial Court which ordered the lecturers to call off their ongoing strike and has opted to appeal the ruling.

The counsel to the union and a Senior Advocate of Nigeria (SAN), Mr Femi Falana, who confirmed the decision of the ASUU on Wednesday after the ruling of the court, saying he was preparing the grounds of appeal at the time of this report, Channels Television reports.

The industrial action by ASUU has continued to take a toll on the nation’s education, especially the tertiary sector as academic activities in most government-owned universities have been halted for over seven months.

The lecturers downed tools on February 14 over the controversy on the adoption of the Integrated Personnel Payroll Information System (IPPIS) of the government as the payment system in the university sector, among other issues.

They had also condemned the poor funding of universities, non-payment of salaries and allowances of some of their colleagues, as well as the inability of the government to pay earned academic allowance to lecturers.

But efforts to get the academics back to class have failed until now as several negotiations between the union and the government have failed.

Amid outcry over the effect of the industrial action and after seemingly exploring all available options, the government decided to take legal action against the union.

The government, through its lead counsel, Mr James Igwe, had filed an application for an interlocutory injunction, seeking an order of the court restraining ASUU from further continuing with the strike.

Delivering a ruling on the government’s application, Justice Polycarp Hamman restrained ASUU from continuing with the industrial action, pending the determination of the suit.

He ordered that the case file should be returned to the president of the Industrial Court for reassignment to another judge, as he is a vacation judge.

According to the judge, the strike is detrimental to public university students who cannot afford to attend private tertiary institutions.

He added that the Trade Dispute Act mandates workers not to embark on strike once an issue has been referred to the industrial court.

Justice Hamman upheld the application of the government, saying it was meritorious and granted, but refused to fine the government as demanded by ASUU.

ALSO READ  INEC Unveils Final List Of Presidential, NASS Candidates Today
Sterling Bank: Account Name: THE STREET SERVICES AND MEDIA RESOURCES INTERNATIONAL Account Number: 8227410821 And if you would like us to connect with you and add you or your organisation to our list of Partners, send details of your bank transfer and Whatsapp number via email to: partners@streetreporters.ng OR Whatsapp number: +2348175047979 Send press releases, media coverage invites to: news@streetreporters.ng

Previous Post2023: PDP Reveals Readiness To Embrace Issue-based Campaigns Next PostAtiku To Wike Group: Why Decision On Ayu’s Resignation is Beyond Me