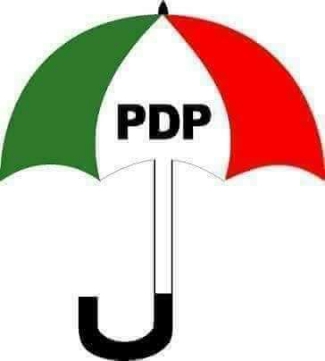 Atiku To Wike Group: Why Decision On Ayu’s Resignation is Beyond Me

The man at the receiving end of the current crisis rocking the Peoples Democratic Party (PDP) ahead of the 2023 presidential election, the candidate of the party, Alhaji Atiku Abubakar, has insisted that the call for the resignation of the resignation Iyorchia Ayu as national chairman of PDP is beyond his control.

He spoke in response to the position of PDP camp loyal to Governor Nyesom Wike of Rivers State.

The group had earlier announced that it has pulled out of Atiku’s presidential campaign council for the 2023 general elections, insisting that Ayu must go for a southerner to step in.

Atiku said in a statement that on the calls for “the resignation or removal from office of our national chairman, however, I must reiterate what I have said severally in public and in private; the decision for Dr. Iyorchia Ayu to resign from office is personal to Dr. Ayu and, neither I nor anyone else can make that decision for him.” 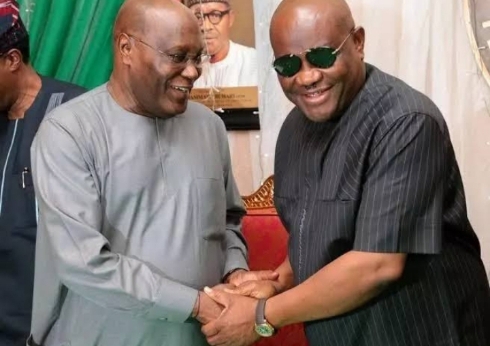 “If Dr. Ayu is to be removed from office, it must be done in accordance with the laws that set out the basis for such removal.

“In any event, you will all recall that the very body that is empowered by law to initiate this removal from office, has already passed a vote of confidence in him,” Atiku added.

Atiku, however, urged “those members of our party that have stated their resolve to withdraw from the Presidential Campaign Council to have a rethink, retrace their steps, and join us in these efforts”, he appealed.

Wike’s group after a midnight meeting that ended on Wednesday morning at the private residence of the state governor in Port Harcourt, the Rivers State capital, had announced its withdrawal from the campaign council constituted recently.

Those at the meeting with Wike in Port Harcourt include Governor Seyi Makinde of Oyo State, Governor Samuel Ortom of Benue State; former Governors Olusegun Mimiko of Ondo, Ayo Fayose of Ekiti, Donald Duke of Cross River, Ibrahim Dankwambo of Gombe and Jonah Jang of Plateau as well as the former Attorney General of the Federation, Mohammed Adoke.

The Street Reporters Newspaper recalls that Governor Wike and his loyalists have argued that northerners cannot hold the two most important decision making posts (chairmanship of the party and presidential flagbearer) ahead of the 2023 general elections to ensure that Southern members of the party are given a sense of belonging.

Ayu, the National Chairman of the PDP hails from Benue State in northern Nigeria, had in October 2021 agreed with party leaders that he would vacate the chairmanship seat if the northern region produces the PDP presidential candidate, which became the outcome.

However, the chairman has insisted that he won’t resign and will be in office till the end of his four-year tenure. The National Executive Committee of the party had recently passed a vote of confidence on Ayu as national chairman.

As part of efforts to bring peace between the warring camps, the then PDP Board of Trustees (BoT) Chairman, Walid Jibrin, and a northerner from Nasarawa State agreed that it is unfair for the party to have its presidential candidate and national chairman from the same region.

Following his resignation at BoT chairman recently, the former President of the Senate of the Federal Republic of Nigeria, Senator Adolphus Wabara (from Abia State), as the incumbent BoT chairman of the party in acting capacity.

Reconciliation efforts in the PDP with the Nyesom Wike camp has so far deadlocked, including a meeting with Alhaji Atiku Abubakar in London, United Kingdom, recently.