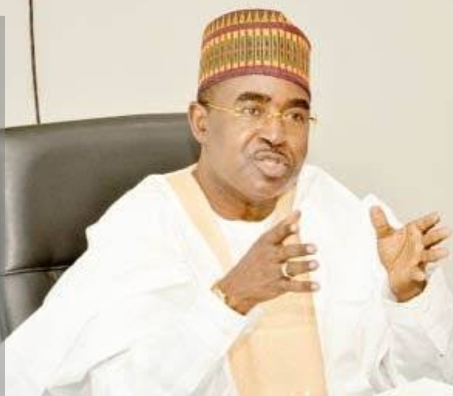 As some Nigerians are pencilled down to be honoured with national awards by President Muhammadu Buhari, a renowned civil society organization, Human Rights Writers Association Of Nigeria (HURIWA) has urged President Muhammadu Buhari to confer the second highest national honour of Grand Commander of the Order of Niger (GCON) to the Chairman, Chief executive Officer of the National Drugs Law Enforcement Agency(NDLEA) Brigadier General Mohammed Buba Marwa (rtd) for exhibiting uncommon leadership traits and high ethical values in his task.

According a statement signed by its National Coordinator, Comrade Emmanuel Onwubiko, HURIWA said that the President Muhammadu Buhari’s administration will be remembered even if for no other positive legacies but for making one of the best choices of appointing one of the few fearless, consistently patriotic and a high valued professionally trained soldier, Brigadier General Mohammed Buba Marwa, as the Head of the NDLEA which hitherto had apparently collapsed under the heavy weight of alleged corruption, managerial inertia, administrative compromises and weak institutional enforcement of the relevant laws.

The rights group noted that since his coming on board, General Marwa, alongside his seasoned management team, have reformed the NDLEA and have waged successful war on drugs which primarily is targeted at uprooting the menace by cutting off the head of the snake by way of arresting the major barons fueling the drugs industry in Nigeria.

HURIWA further noted that the current hierarchy of the NDLEA has done a lot of spade works to infuse professionalism, discipline and competency on the operations of the anti narcotics agency and has made it one of the most respected law enforcement agency in the Country today

HURIWA said: “We in the organised civil rights community are pleased to note that the National Drug Law Enforcement Agency (NDLEA) has verifiably secured the conviction of 984 drug offenders and traffickers in the last six months.

“Just as the NDLEA has established rehabilitation centres to cater for the identifiable 15 million Nigerians who are into drug addiction, a situation that we in the civil Rights body think that this national emergency needs all Nigerians to combat for the sustainability and continuous human resource development in the Country”.

HURIWA recalled too that few days back, “the National Drug Law Enforcement Agency (NDLEA) made the highest cocaine seizure in Nigeria’s history when the anti-narcotics agency announced the bust of a major warehouse in an estate in the Ikorodu area of Lagos containing about 1.8tons (1,855 kilograms) of the illicit drug, worth more than $278, 250,000, according to spokesman Femi Babafemi were recovered.

“HURIWA is pleased that the NDLEA apart from discovering these huge amounts of hard drugs also arrested four significant drugs barons including a Jamaican and the warehouse manager, in an intelligence-led operation that lasted two days across different locations in Lagos.

HURIWA stated that the latest finding by NDLEA will significantly clean up the bad international image of Nigeria because the barons arrested belong to an international drug syndicate that the NDLEA has been trailing since 2018 just as they were reportedly picked from hotels and their hideouts in different parts of Lagos between Sunday night and Monday of last week.

HURIWA therefore said that it is “recommending to President Muhammadu Buhari to confer the second highest national honour this year’s Independence anniversary on the Chairman of the NDLEA General Marwa as a way of commending the NDLEA and to encourage and motivate their operatives to do more to rid Nigeria of hard drugs and to bring positive global image to the Country.”