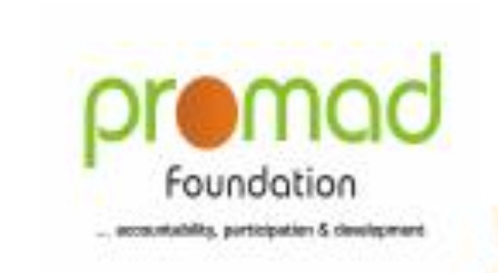 PROMAD Foundation, an Abuja-based civic-tech non-profit organisation, has said that the practice of making the government annual budget without quality needs assessment to harness citizens’ voices is responsible for the high poverty rate in the country.

This was made known in a statement in Abuja on Friday, signed by the organisations Founder and Executive Director, Daisi Omokungbe, reacting to the 2022 Multidimensional Poverty Index (MPI) report by the National Bureau of Statistics (NBS).

The NBS report which was launched on Thursday indicated that there are 133 millionNigerians who are dimensionally poor, a figure that NBS said represents 63 per centof the country’s population.

According to NBS, “Over half of the population who are multidimensionally poor cookwith dung, wood or charcoal, rather than clean energy. High deprivations are alsoapparent in sanitation, time to healthcare, food insecurity, and housing.

“Multidimensional poverty is higher in rural areas, where 72% of people are poor, compared to 42% of people in urban areas.

Approximately 70% of Nigeria’spopulation lives in rural areas, yet these areas are home to 80% of poor people; theintensity of rural poverty is also higher: 42% in rural areas compared to 37% in urbanareas,” NBS had said in the report.Mr Omokungbe said “the apparent lack of Water, Sanitation and Hygiene (WASH), Healthcare, Food Security and Housing, amongst others are all pieces of evidencethat the government budgets, both at the national and subnational over the yearshave not been meeting the needs of the masses at the grassroots and urban cities.

“This report should worry all the true lovers of Nigeria and the masses if we are toachieve true growth and development,” he said.

He added that it is more worrisome that the country’s poverty index has even surpassed the World Bank’s projection of 91.5 million for the year 2022.

The founder of PROMAD said, that although the Federal and some State governments have made improvements by adopting Open Government Partnerships (OGP) for budget framework and fiscal accountability, adding that efforts must be made to build frameworks that incorporate needs assessment surveys beforemaking annual budgets.

He said the organisation is already building a civic-tech solution through its Grassroots Advocacy Project (GRAP) which would drive the documentation of community and citizens’ needs to ensure the needs of the Nigerian masses dictates budgetary allocations in critical sectors.

Mr Omokungbe added that the country will fight poverty and make better policy decisions based on the evidence of the needs of the common men and women intandem with government strategic directions for Nigeria.

“We can’t successfully fight poverty and hunger in Nigeria without needs assessment.

“We are willing to partner with government’s Ministries, Departments and Agencies (MDAs) as well as donor-oriented organizations to get the priorities of communitiesinto the budget annually,” he said.