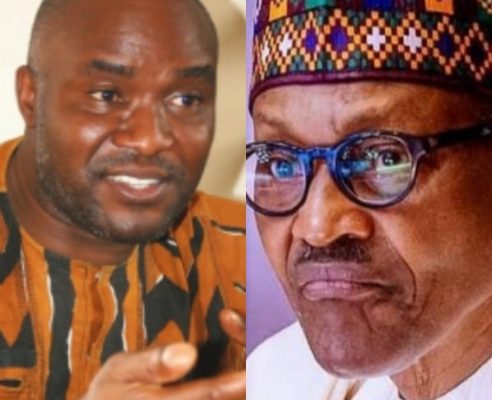 Prominent civil rights advocacy group, Human Rights Writers Association of Nigeria (HURIWA), on Sunday, lambasted the Federal Government for its unseriousness in ending terrorism and banditry in Nigeria amid its many failed and empty boastings and promises.

HURIWA’s National Coordinator, Comrade Emmanuel Onwubiko, in a statement, said the brazenness of notorious bandit leader Bello Turji Kachalla, popularly known as Turji, challenging the military of not being able to kill him during an air strike on his home on September 18 showed the bias of the entire Fulani-headed and dominated military, especially the Nigerian Air Force for Fulani terrorists.

The group wondered how a non-state actor would profess that he left his home in Fakai village in the Shinkafi Local Government Area of Zamfara State minutes just before aerial bombardment by the military is an insider within the military is not feeding him with information.

HURIWA tasked the government to investigate Turji’s allegations to know government officials benefitting from terrorism as said by the notorious bandit.

Recall that in mid-November, the Defence Headquarters published details of Turji and 18 wanted terrorists with a reward of N5 million reward for any person who brings information leading to the arrest of any of the insurgents.

Turji, who terrorised the people of the North-West and North-Central, was said to have embraced peace a sham peace deal with the Zamfara State government as announced by the Deputy Governor, Muhammad Hassan on August 21. However, till date, he has continued to impose “Protection Levy” on communities around including a recently imposed N20 million protection levy on the Moriki community which is located 33km along Kaura Namoda-Shinkafi Road.

He also alleged that the government is fooling naive people that it wants to end banditry whereas government officials are the ones fueling the heinous crime of terror and also benefiting from them.

Commenting, HURIWA’s Onwubiko said, “Turji’s words shows that most reports about military successes are empty propaganda. The counter-terror war is deceptive under this government because terrorists of Fulani affinity get Intel about impending military strikes and disappear. Otherwise, how do you explain that the real terrorists and leaders of the North West Fulani terrorists are not being successfully eliminated?

“Recall that in February, Governor Nasir El-Rufai of Kaduna State said security agencies know the location of bandits and have the maps to get there but are not ready to exterminate them.

“A frustrated El-Rufai cried out a month after when terrorists bombed a moving Kaduna-Abuja train crammed with passengers on March 28 that the military knew the location of the bandits wreaking havoc in the state, have their phone numbers and listen to them but have refused to bomb their hideouts despite a court order designating bandits as terrorists and permitting the military to deploy the 12 newly acquired Super Tucano aircraft in the North-West.

“Many Nigerians including top persons with confidential information have said that government officials are terrorist sponsors and informants. A former Navy Commodore, Kunle Olawunmi; the late former Deputy Governor of the Central Bank of Nigeria, Obadiah Mailafia, amongst others had warned that Aso Rock officials and governors were backing Boko Haram fighters but the President Muhammadu Buhari regime dismissed the vital information.

“However, at this juncture, there is need to investigate Turji’s allegations amongst which is that government officials benefits from banditry and insurgency and that of insider involvement. The menace of Turji and his ilks have done enough damage to the nation and should not be tolerated at all. The government should stop paying lip service to the terror war.”