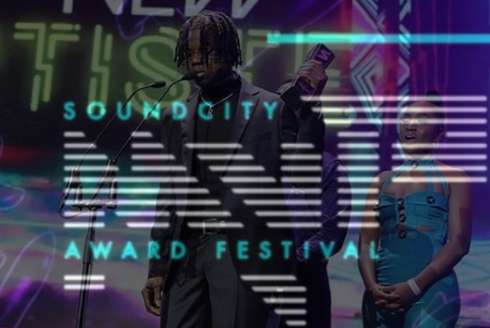 Group8 Ltd, Organisers of the prestigious Soundcity MVP Awards Festival (The MVPs) have announced Saturday, February 11 as the date for its forth coming ceremony billed to honour the hottest names in African music today.

The Soundcity MVP Awards which the organisers say has continue to remain the continents reference awards show on the African continent features nominations and honorees as usually determined from votes received by a holding Academy, Fans as well as input based on album and digital songs sales performance, streaming, tv and radio airplay and the very relevant social media engagement that has grown massively in recent years.

These matrix for scoring are monitored by Soundcity Africa and its data partners across the continent through out the period under review. This edition’s nominations which return following the hiatus due to the restrictions from Covid on such live events, are based on the monitored period of November 1, 2021 through October 1, 2022 like previous editions.

Organisers of the Soundcity MVP say they are thrilled by the massive interest the awards have continued to receive over the years and the fact that the music industry across Africa has consistently ranked the Soundcity MVP Awards as the most important and prestigious music recognition event of the year on the continent.

Now holding its 5th edition since the awards morphed from the very highly successfull and famous Soundcity Video Music Awards (SMVA) into the Soundcity MVP Awards, the annual event which is also a live television showcase has brought on stage performances by great talents such as Wizkid, Pato Ranking, Jidenna, Sarkodie, AKA, Diamond Platinum, Casper Nyovest, Tiwa Savage, 2Baba (Tuface), Rema, Busiswa, Davido, Emtee and a host of many others in previous editions.

There are 15 music categories to be contested for in this years edition of the Soundcity MVP Awards and they are:

AFRICAN ARTIST AND OF THE YEAR

DIGITAL ARTIST OF THE YEAR category

AFRICAN DJ OF THE YEAR category

AFRICAN PRODUCER OF THE YEAR

SONG OF THE YEAR category

VIDEO OF THE YEAR category

According to Mr Tajuddeen Adepetu, the Group Chief Executive Officer of Group8 Ltd, this edition of the Soundcity MVP Awards will continue with the legacy of also recognising other contributors in related sectors that impact on the core of our listeners and viewers in the special recognitions non-voting categories which were introduced in 2019. These categories include; Special recognitions in Business Entrepreneurship; Sports; Fashion; Social Entrepreneurship and Digital Influence; Community and Socio-political development; and Creative Arts.

This edition of the awards is also following in the legacy of Big Brand sponsorship since its inception, with Tingo Mobile being the flagship sponsor. Also in supporting sponsorship categories are Desperados and MunchIT.

According to Group Ltd, the nominations list for the fifth edition of the Soundcity MVP Awards Festival will be released on January 19 via @SoundcityMVP, Soundcity TV and Radio networks’ social media accounts, as well as on its websites and those of its partner platforms.

The event will be televised on live television via the Soundcity TV Music Channel as well as on its affiliates stations. Also the coverage of the event will be by the minute on respective social media platforms.

For the further and up to the minute updates on all things “Soundcity MVP” (MVPs) news, exclusive content and more, follow the Soundcity MVPs on social media and join the conversation by using the official hashtag for the show, #SoundcityMVP23.

Previous PostI Want To Work For My Candidate But Independent Of Party, Using My Structure And Reach Next PostHow Slain Lagos Lawyer Omobolanle Raheem Was Buried