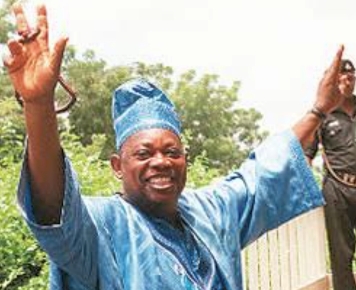 The Street Reporters Newspaper has confirmed that preparation is now in top gear to celebrate the 27th anniversary of Epetedo declaration by the late Bashorun MKO Abiola, an event to be organised by the Coalition For A Better Nigeria has said.

In 1994 Moshood Kashimowo Olawale Abiola (MKO Abiola) declared himself the legally elected President of Nigeria in the Epetedo area of Lagos State after then ruling military junta led by Ibrahim Babangida, a General, annulled the June 12, 1993 presidential election he unofficially won.

That was before he died in controversial circumstances in 1998 while still custody after being arrested by the General Sani Abacha led military head of state for declaring himself President.

He died in custody a month after the death of General Abacha while General Abdulsalam Abubakar, who succeeded late Abacha, was the military head of state.

The late Bashorun Moshood Kashimawo Olawale (MKO) Abiola had on June 11, 1994 made the famous Epetedo Declaration.

The Coalition for A Better Nigeria will hold the 27th anniversary on Friday June 11, 2021, inside the old Epetedo Hall, now Eleganza Sports Centre, Lagos Island East, Lagos, by 11am prompt.

According to the schedule announced by the National Coordinator of the group, Comrade AWA Bamiji, the topic of discussion centers on “2023 General Election: How To Avoid A Repeat OF 1983 And 1993 Post Elections’ Violence”.

“Mother of the day: Princess Bisi Sangodoyin, An Ibadan based Gender Activist

“Keynote address is to be delivered by Prof Yemi Osinbajo, Vice President, Federal Republic of Nigeria.

The organisers then reminded participants that “COVID – 19 Protocols will be strictly adhered to as majority of Nigerians will be able to watch it comfortably from their individual homes according to our arrangement.”

You can call us using the “Call Us Now” button on this site. Or Email your article or press release to us via: news@streetreporters.ng and follow us on Twitter and Instagram @StreetReporters and Facebook at www.facebook.com/StreetReporters.ng to get our latest updates! ============================
ALSO READ  Oyo Govt. Enrols 45,000 Poor, Vulnerable Children for Basic Health Care
Dear Reader,

Previous PostCoalition of 44 Eastern Nigerian Rights CSOs and Intellectuals Caution IGP, Others Against Igniting Genocide in Region Next PostEvacuate All Herders from South, CNG Tells FG