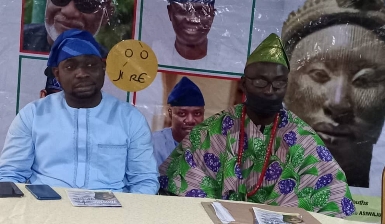 Today, Thursday, 23 September, 2021, will forever remain ever green in the memory of the true Yoruba Sons and Daughters as well as Lovers of African Cultural heritage all over the World as Agbarijo Egbe Odo Yoruba, (Grand Council of Yoruba Youths) gathered to celebrate Yoruba National Day. 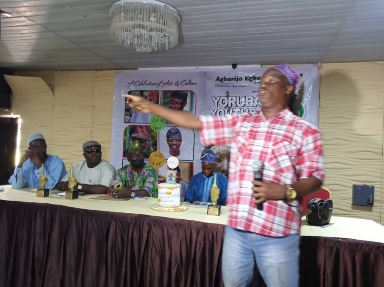 They gathered as early as 10am and kicked off the historic 135th year celebration of the end of the Kiriji war and 20th year of adoption of this date as Yoruba National Day by the World Yoruba Congress under the Leadership of Asiwaju of Yorubas, Late Senator Abraham Adesanya, at Cultural Centre, Ibadan, based on a powerful proposal moved by Chief Olorogun Pop-Adebanjo of Apapo Omo Odu’a, from Isagamu, on November 2001.

Part of the celebration was the 20th year anniversary of the Grand Council of Yoruba Youths, which the youths dedicated to Asiwaju Bola Ahmed Tinubu at 69 in recognition of his longstanding contributions to the progress and development of Yorubaland. 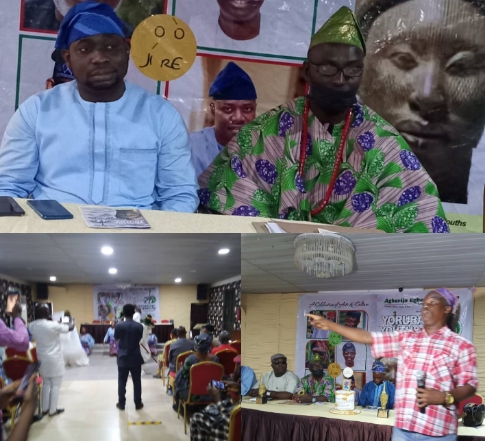 On the other hand, Comrade Segun Mayegun, former NANS President, who was bestowed with his own beautifully carved Ori Olokun, “Orisa Oogorun Odun ti Ijijagbara Orile Ede Apapo Nijiria”, “Oracle of the Century for the Nigerian Democratic Struggles” Award.

Apart from the two Awards which kicked off the Award ceremony of the spectacular event, a solid arrangement has been made to present other Odu’a Awards to their individual Awardees in their respective place as from tomorrow, Friday. 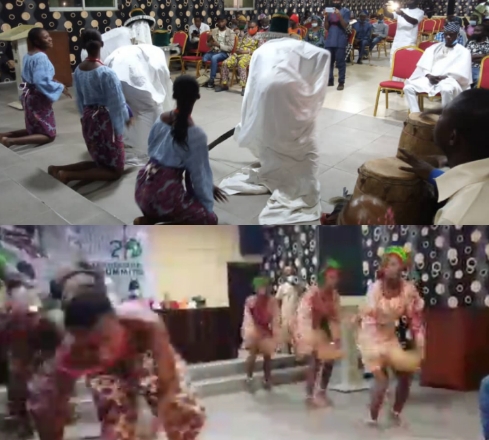 Comrade Segun Mayegun as a representative of the Hon. Minister of Interior and the immediate past Governor of Osun State, delivered his speech, on behalf of Ogbeni Rauf Aregbesola, the Honourable Minister.

There was a beautiful display of Yoruba Cultural Heritage throughout the event by various cultural groups that spiced up the event alongside Ajangila Adanla Ewi exponent.

Asuwaju Bola Ahmed Tinubu at 69 Birthday Cake in cream and golden colours, which was in form of Eyo Masquerade Hat was cut during the celebration.

At the end of the event, the Convener, Comrade AWA Bamiji, gave a vote of thanks to the august gathering of qualitative and quantitative crowd and crowned his speech up with Yoruba words: “Adele ba Ire, a rin nan kore, Akoya Ibi, Aseyi Samodun o”.