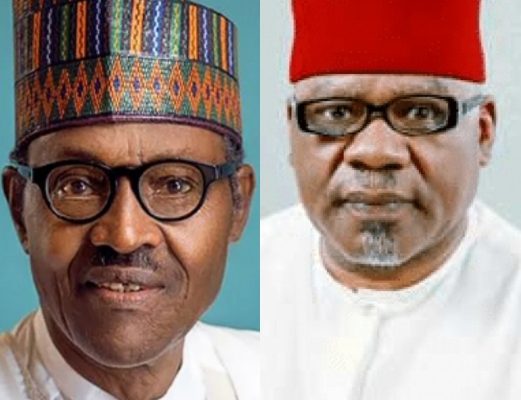 2023: Keeping Your Promise On Free and Fair Elections Will Be Your Only Major Legacy – CNPP To Buhari

Conference of Nigeria Political Parties (CNPP) has urged President Muhammadu Buhari to keep his promise on conduct of free and fair elections in 2023 a worthy legacy he can leave behind after his eight years in office.

President Buhari had during a virtual summit for democracy organized by President Joe Biden of the United States on Friday assured Nigerians and the international community of free and fair elections in 2023, pledging peaceful transfer of power to another administration after his tenure.

While reacting to the pledge by President Buhari on Sunday, the CNPP in a statement signed by its Secretary General, Chief Willy Ezugwu said President Buhari should go beyond promises and pledges “and leave a legacy of free and fair elections.”

The CNPP therefore urged President Buhari to also “as a matter of unforgettable legacy, sign the electoral act amendments without fear or favour.

According to the umbrella association of all registered political parties and political associations in Nigeria, there are two remarkable legacies left behind by President Goodluck Jonathan.

The CNPP pointed out that former President Jonathan “signed the Freedom of Information Bill into law and conducted a free and fair elections that saw an opposition party defeating a sitting President in Nigeria.”

It added that Mr. Jonathan “went beyond that and conceded defeat even before the announcement of the final results of the presidential election in which he was a major interested actor in, being a sitting President.”

The world, the CNPP observed, “will always stand at attention for a true leader with a democratic heart who is ready at all times to remain on the part of rule of law, justice and equity.”

They therefore called on President Buhari “to be such a leader in the remaining days of his tenure, and give Nigerians a credible, free and fair elections in 2023.”

The statement explained that the “call has become necessary in view of the fact that most of the promises made by the All Progressives Congress (APC) and its presidential candidate during the 2015 and 2019 electioneering campaigns were not kept”.