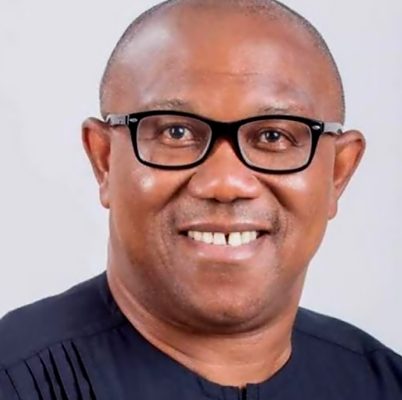 Why Peter Obi Won’t Be The Next President Of Nigeria

So many people ask me if I’m Obidient or not. I had tried to shy away from the answer so I don’t offend the feelings of those who are truly sold out to the ideas of Peter Obi to be the next Nigerian President. Unfortunately I have a different opinion on this matter.

I’m sorry to disappoint you guys, but the truth is I have a good track record when it comes to taking a political position either in Nigeria or on the world stage at large. I almost never ever miss it when I announce my position on similar issues.

My secret is simple, I do my research, I look for empirical evidences while I put sentiments aside. Guys, either you like it or not, I’m going to be right again this time. Just like I was right with Buhari, Trump, Joe Biden, Anthony Joshua etc. Nigeria’s next president is going to be Bola Ahmed Tinubu.

Last week I have already presented my reasons why Tinubu will become our next president. In this article I enumerate the 10 reasons and arguments why I don’t believe Peter Obi is going to emerge as the next President of Nigeria.

I beg to disagree. Peter Obi will surely lose this presidential elections in 2023 not because of any conspiracies, but because of simple statistics and facts. In fact he has already lost it. As much as I don’t wish to break the hearts of those believing in miracles, I tell you politics is not about miracles it’s all about facts and statistics. Both facts and statistics are not on the side of Peter Obi unfortunately.

So let’s talk facts and statistics now; Nigeria has 176,847 polling units, for Peter Obi to win the presidential elections he will need to recruit minimum of that number of agents either for money or somehow. Remember these are not just ordinary observers, to be a party agent is like a full time job.

How many companies or organizations in the world can manage to employ almost 200,000 able body people. It’s a daunting challenge that takes years to fully get ready for.

Peter Obi can do this but he surely needs more time to mobilize, train, and support that amount of workers. Besides the polling units agents we also have 8809 wards, all these wards must not just be manned by his political party, they must have ward party organizations in all these wards.

To win a presidential election in Nigeria, India, or America, your party is only as strong as its strength in the ward level. Basically what this means is a party must have close to 9 thousand party branches to successfully run for the presidency in Nigeria.

I strongly doubt it that the Labour Party of Peter Obi has 8809 party branches in Nigeria. No wonder all their previous attempts at elections all ended up in failure.

In fact only two political parties can boldly boast of such universal representation in Nigerian politics, they are APC and PDP. Most political parties are in the seventh heaven when they have their party in all the country’s local government areas.

We have 774 local governments in Nigeria, to build a strong party unit in each of these local governments is only the beginning of building a party structure. Even when you have all these in place, it’s still not a guarantee that you’ll do well in a general election.

They belong to different electoral categories, these officials are most influential over their electorates, basically they control the political nervous system of the nation.

The president is elected by a simple majority of the people. The National Assembly has two chambers. The House of Representatives has 360 members, elected for a four-year term in single-seat constituencies.

ALSO READ  National Cake: Sharers Sharing Formula And The Rest Of Us

Those who voted for those representatives are usually more familiar with them than someone they only see on television, hence they easily follow their lead.

What I’m trying to say is that all these elected officials are basically taking over the electorates, these officials relate more closely to the people on ground. It’s not the same as someone far away from them.

Other elected officials nationwide are likewise known to the electorates of their particular region.

At the general elections these elected officials will go back to their bases and basically instruct them on whom to give their votes. In this case, most will agitate for their own political parties. Apart from these, you still have state and local government elections.

The gubernatorial elections for state governors – 36 of them and the governor of the capital city.

Then you have house of assembly elections to elect representatives for the 36 states.

Apart from that we have the local government chairmen and councilors of the 774 Local Government Areas. So what happens in a general elections for the President is that 90% of these voters will vote in the direction of what the people they know tell them.

Some people are dreaming that what happened in the just concluded elections in Osun State might take place in presidential elections in Peter Obi’s favour.

No it won’t, the party that won in Osun is PDP, a party that has all the elective positions listed above. They have been on ground for a long time, they had paid their dues.

In Nigeria of today it’s always going to be either APC or PDP. If we even assume that a miracle happens and Obi is elected without having the majority from his party in all these strategic positions then he could be easily impeached or be paralyzed politically such that he won’t be able to do anything.

To cut a long story short only the political parties that control all these elective positions win, rule the nation, be it in Nigeria, India, or United States.

This is the end of the road for Peter Obi and his Obidient Revolution. They might be able to win something in future but not now, for that they need a longer period of preparation.

*Dr. Sunday Adelaja shared this part of his piece on the social media.

Previous PostDelta State Government Clears the Air Over Protesting Pensioners Next PostOsun Poll Not Enough, INEC Must Not Manipulate 2023 Election for APC – HURIWA

Watch out for the remaining parts…