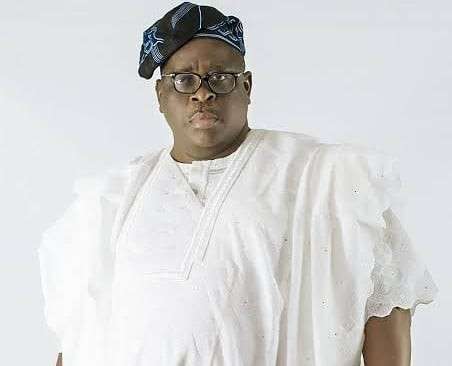 Life and Times of Buruji Kashamu

Buruji Kashamu was born on 19 May 1958  and died of COVID-19 complications on 8 August 2020. He was a Nigerian politician who served as a Senator representing Ogun East in the 8th National Assembly.

He was a chieftain of the Peoples Democratic Party (PDP) in Ogun State. He was appointed as the chairman, Organization and Mobilization Committee of the PDP in the South West zone of Nigeria.

In 2018, he was expelled from the People’s Democratic Party, a decision later voided by an Abuja High Court in October 2018. He was the 2019 Ogun State gubernatorial election candidate of the Peoples Democratic Party. He died of COVID-19 on 8 August 2020.

Buruji Kashamu was born in Ogun State, Nigeria on 19 May 1958. Kashamu started his education at Ansarudeen Primary School, Ijebu Igbo and left in 1972 to complete his primary school education at St. John Modern School, Lagos. He then attended evening classes at Igbobi College while working as a licensing agent. He later went to London where he took courses in Business Management at Pitman College, London.

He was awarded a Honourary PhD by the unaccredited, diploma-mill Cambridge Graduate University, located in Massachusetts, at a privately organised ceremony in Lagos, Nigeria.

Buruji Kashamu contested for the Ogun east senatorial seat and beat his closest rival with a poll of 99,540 votes against Prince Dapo Abiodun of the All Progressive Congress (APC) who polled 84,001 votes to clinch the senatorial seat.

He was the flag bearer of the Peoples Democratic Party in the 2019 Ogun State gubernatorial election and lost against Dapo Abiodun of the All Progressives Congress in distance 4th.

In 1998, Buruji Kashamu was arrested in the United Kingdom on drugs-related charges after trying to enter the country with $230,000 in cash.

He was acquitted and released in 2003. British authorities refused a US extradition request on drugs charges, citing concerns about his identity, however Nigerian authorities announced their intention to deport him to the US on multiple occasions.

Olusegun Obasanjo, a former president, warned that his ongoing freedom illustrated that “drug barons … will buy candidates, parties and eventually buy power or be in power themselves”.

It is claimed that Buruji Kashamu is the real identity of “Alhaji”, the drug kingpin in Piper Kerman’s book, Orange Is the New Black: My Year in a Women’s Prison.

Buruji Kashamu died in Lagos on 8 August 2020 as a result of complications caused by COVID-19.

You can call us using the “Call Us Now” button on this site. Or Email your article or press release to us via: news@streetreporters.ng and follow us on Twitter and Instagram @StreetReporters and Facebook at www.facebook.com/StreetReporters.ng to get our latest updates! ============================
ALSO READ  Our Solutions To Nigeria’s Problems Are Pragmatic, Practical and Realistic – SDP Residential Candidate
Dear Reader,