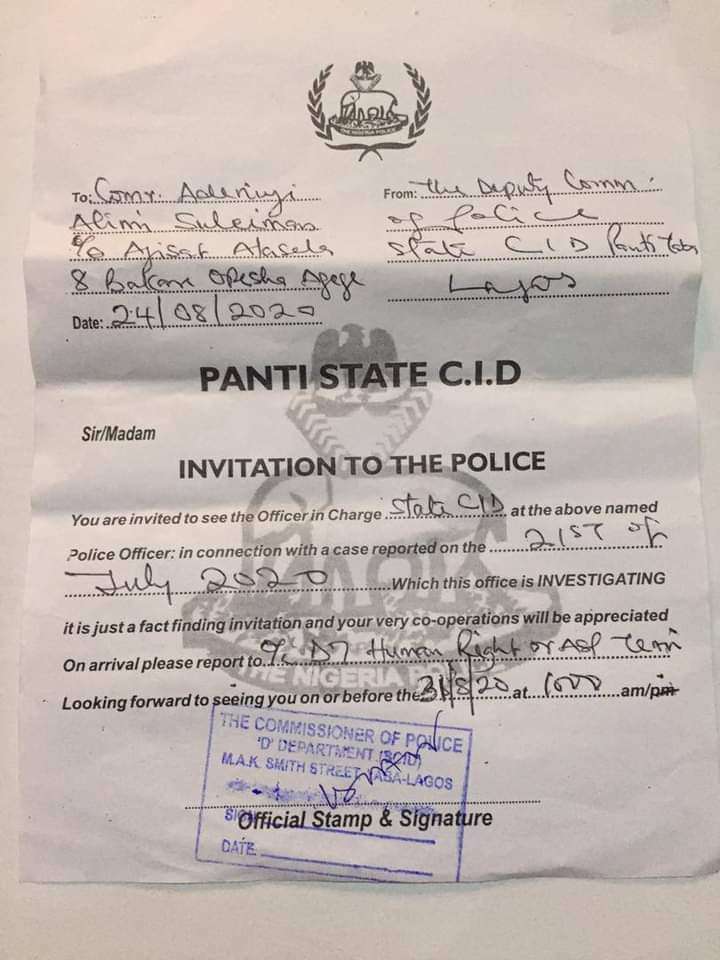 …As They Engage Service of Police Against Her

A civil rights group, Save Lagos Group (SLG) has uncovered another plan by an official of Lagos State Environmental Protection Agency (LASEPA) called Tunji in connivance with an acclaimed cleric, Pastor Alabi with phone number:- 08028915916 and one Politician in Agege called Chief Oshodi with phone number:- 07037436950, by employing the service of four Police Officers from the State Criminal Investigation Department (CID),Panti-Yaba in their bid to take over a residential building belonging to 73 year old widow, Alhaja Ayisatu Alasela of No. 8, Bakare Opesha Street,Papa Shafa, Agege in the State illegally. 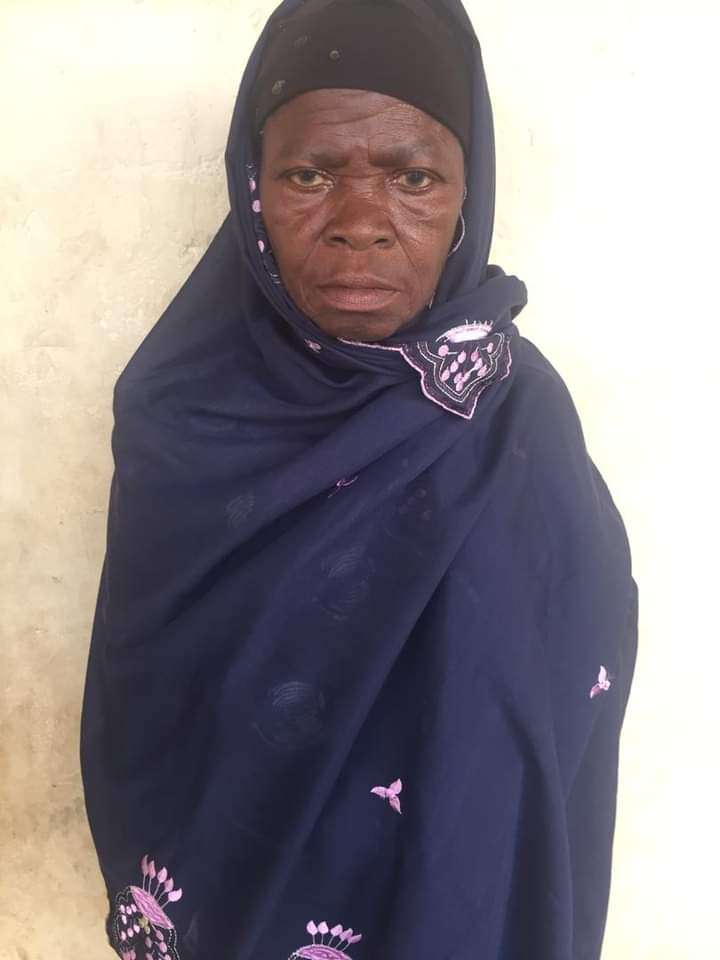 The Police officers being employed in their said bid were; DCP, Woman Officer Yetunde, Ola Adefarasin with phone number:- 09091221315, Reuben with Phone number:- 07014257498 and Supol Oke (CSP), an Officer-in-charge of D7 Department and,this resulted to unprofessional invitation letter to the human rights activist that blocked them (Tunji, Alabi and Oshodi from carrying out their nefarious action against 73 year old Alhaja Ayisatu Alasela on her husband residential building.

It was duty of Police Officers to discover the fraudulent activity in respect of the residential building in question by those who reported to them that when you were officially sent to “number two and then what are you doing in number four if you do not have hidden agenda on the building”.

The three of those who reported to Police (CID) were out to mislead and misinform the public about hullabaloo surrounding the illegal attempt acquisition of the building.

It would be recalled that Alhaja Alasela was a widow of Late Alhaji Alasela who died thirteen (13) years ago on the 2nd of April, 2007 and left the residential building for her (Alhaja) and her children and they have been living in the building before the death of their Patriarch and also, Pastor Alabi, was a Pastor in-charge of Christ Apostolic Church situated at N0 5, Hassan Adejobi Street,Papa Ashafa, off Mulero Bus stop, along Oyewole Road and Seriki.

According to the Petition Letter dated Monday 3rd August,2020 and signed by SLG’s Convener, Comrade Adeniyi Alimi Sulaiman and copies were made available to newsmen on Friday and the letter was forwarded to Inspector General of Police (IGP), Police Service Commission (PSC), Nigeria Police Council (NPC), National Human Rights Commission (NHRC) and Lagos State Commissioner of Police for necessary action.

The Petition rhetorically queries why the Police officers inviting the
Complainants at the office of the Inspector General of Police (IGP) for
questioning for foiling an attempt to take over a residential building of
another person illegally and it means Nigeria has become something else.

The Save Lagos Group (SLG), however called for the outright dismissal of all the officers involved in this illegal duty, instead to tell the self acclaimed Pastor and his cohorts to tender unreserved apology to the 73 year old widow for illegally invading her house and instead, they employed the service of Policemen at CID Panti-Yaba, which reflected in their letter of Invitation.

The investigation, which Police expected to be guided with, that the Pastor Alabi’s Church situated at N0 5, Hassan Adejobi Street, has been violating the lock-down order of the Federal and State government in the area and people of the area, have been seriously complaining about the noise of the Church.

It was revealed that on the 15th day of June, 2020, an officials of LASEPA led by one Tunji, illegally invaded the elderly widow’s house, with the aim of causing panic for the old woman and her tenants so that they would abandon the house by saying that the State government had directed the agency to seal off the house in question for violating the government lock-down directive.

Tunji was acting the script of Pastor Alabi and Chief Oshodi by trickishly lead the other officials of LASEPA to the widow’s house for their illegal duty where generator of a tenant was carted away and part of the house were vandalized, believing that if they sent the helpless woman out of the house, they would claim that the government has seized the residential building and also claimed later that government was planning to auction the building and Pastor Alabi with Chief Oshodi will bid for the building and win,so,the building will be used for their own personal Church.

But investigation conducted by the SLG revealed that the management of LASEPA did not know anything about the action of Tunji against the elderly widow because the purported agency letter was not directed to Alasela house.

The LASEPA Letter dated 15th of June, 2020 with reference number: EPA/LAS/1650 and signed by unknown person stated that “the agency ordered the closure of N05, Hassan Adejobi Street, Papa Ashafa, off Mulero Bus stop along Oyewole Road and Seriki for noise pollution and non-compliance with the Government directives.

The illegal invasion of the house by Tunji of LASEPA was reported to the Alabo Divisional Police station on 16th day of June, 2020 and the matter was assigned for immediate action to a Woman Police called “Iyah nkem” with phone number:- 08131338007, but the Investigating Police Officer (IPO) who was in-charge of the matter refused to act for fear of Chief Oshodi who claimed to be a politician.

Sulaiman, therefore, called for an independent investigation into the
matter from the Lagos State government through the State Ministry of
Environment and Sanitation and authority of LASEPA through its Director General, saying that the action of Tunji on behalf of LASEPA as cause psychological and mental trauma to the aged widow.

For confirmation of the story