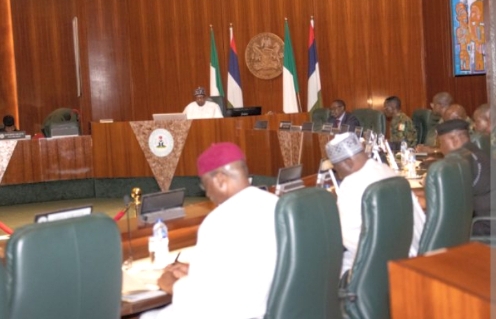 President Buhari had on Sunday, summoned the emergency security meeting, to further review and strengthen the security network in the country.

A statement by Garba Shehu, his Senior Special Assistant on Media and Publicity, said, President Buhari will receive briefs from the security chiefs and interject on areas that need more attention.

Nigeria Not In Danger Of Imminent Terror Attack – NSA

Meanwhile, the Federal Government has faulted the Security advisory by the United States and other countries, warning of an imminent terrorist attack on Nigeria, particularly on its Federal Capital Territory (FCT), Abuja.

The United States, in a recent security advisory to its citizens in Nigeria, warned of an “elevated risk of terror attacks, particularly in Abuja.” 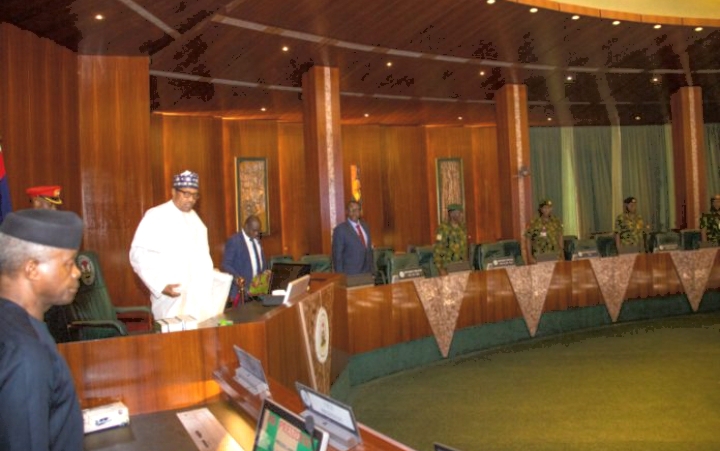 In a follow up, the UK, Canada, Germany, France, Switzerland, among others, also warned their citizens to avoid travelling to Nigeria, particularly Abuja, because of a potential terror attack in the city.

Monguno, who briefed journalists alongside the Minister of Foreign Affairs, Geoffrey Onyema, the Chief of Defence Staff (CDS), General Lucky Irabor, and the Director-General of the National Intelligence Agency (NIA), Ahmed Rufai Abubakar, said the panic that followed the US terror alert addressed to its citizens in Nigeria, was unnecessary because the hype and the sense of insecurity it created were unfounded.

He urged Nigerians and other residents to go about their daily lives as usual.

The NSA also stated that the armed forces, security, and intelligence organisations were continuing with their mandate to keep every Nigerian and every area of the nation secure.

Others in attendance included Vice President Yemi Osinbajo; Secretary to the Government of the Federation (SGF), Mr Boss Mustapha; and the Chief of Staff to the President, Professor Ibrahim Gambari.