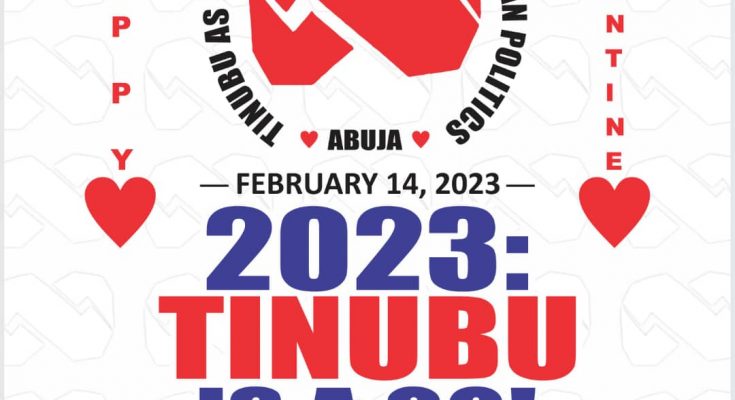 PRESS RELEASE: It’s a celebration galore in the seat of power or rather, Federal Capital Territory, Abuja, and around the World presently as Youths, Women and Elders, all of whom had earlier registered their sharp discomfort on sighting the inaugurated list of the Tinubu/Shettima Presidential Campaign Council members of the ruling Party, All Progressives’ Congress (APC) Presidential Candidate/Running Mate, Asiwaju Bola Ahmed Tinubu and Senator Kashim Shettima respectively, by President Muhammadu Buhari, GCFR, without seeing the much awaited name of this young, gentle and handsome man of many paths, Political Czar, multi – talented Rights’ Activist of uncommon dimension, Obafemi Awolowo University, OAU, Ile – Ife, trained Youth Activist/foremost Economist, Most outstanding Youth Developer of decades, Veteran Journalist, International Youth Mobiliser of all seasons and Public Commentator of untainted reputation, Comrade Alarape Wahab Animasahun (AWA) Bamiji, whose name has become household for a very long period of time in Nigerian Political, Civil Societies’ and Media spaces due to his Groups’ frequent staging of all forms of successful Youth enlightenment Programmes across the States of Federation and Federal Capital Territory, and his Twenty One year old Yoruba Youth Group has been championing the popular advocacy, “2023: Yoruba Presidency, Non – Negotiable” under the ever formidable Platform of Agbarijo Egbe Odo Yoruba, Grand Council of Yoruba Youths, since June 2019, immediately after the May 29, 2019 inauguration of General Muhammadu Buhari (Rtd), as the new Executive President, Federal Republic of Nigeria, GCFR, are now jubilating over the thoughtful inclusion of his name in the supplementary list of the Campaign Council’s members over the weekend.

His Grand Council of Yoruba Youths, which staged this year’s September 23 Yoruba National Day in the Banquet Hall of Oyo State APC Secretariat, Oke – Ado, Ibadan, where the Rave of the moment,  Human Capacity Developer, Grand Commander of African Politics in making and APC Presidential Candidate, Asiwaju Bola Ahmed Tinubu, was bestowed AFRICAN MAN OF THE CENTURY ODU’A AWARD, the event that also witnessed the mega endorsement of Mr Babajide Sanwo-Olu, Prince (Dr) Dapo Abiodun and Senator Teslim Folarin, the Three (3) APC Southwest Gubernatorial Candidates of Lagos, Ogun and Oyo States, respectively, had since joined forces with other ethnic and Civil Society Groups across Nigeria, in its universally celebrated advocacy, “2023: TINUBU IS A GO!”, under the aegis of COALITION FOR A BETTER NIGERIA, projecting Asiwaju Bola Ahmed Tinubu for 2023 PRESIDENT, and the preparations are now in serious gear across the States of Federation including Federal Capital Territory, Abuja, to stage its much talked about FEBRUARY 14 NIGERIAN YOUTHS 4 TINUBU in Abuja, Federal Capital Territory, with aim of showing NIGERIAN YOUTHS’ undying love on Valentine’s day to Asiwaju Bola Ahmed Tinubu 2023 Presidential ambition and bestow on him same spot, beautifully carved  GRAND COMMANDER OF AFRICAN POLITICS in form of Asiwaju Bola Ahmed Tinubu’s statue playing a football match as Captain of African Football Team in Politics, in geniune appreciation  of his long time contributions to Human Capacity Development, Politics, and Businesses in the Continent of Africa

The notable Political Leaders in and outside Nigeria have indicated their keen interest in this historic project which is going to be the first of its kind in Politics globally and are seriously working with this mathematical Organiser, that is about breaking the Guinness Book of Record with her fantastic plan to make it a huge success. All Nigerians in Diaspora that have plan to come home in February and vote found the date of event very convenient apart from looking forward to mingle with their Coallegues, highly promising Youth  Leaders  across the 36 States of Federation and Federal Capital Territory.

As a workaholic, who is ever selfless, ever dynamic, ever progressive, better focused and highly resourceful, said he had to joyfully appreciate concern of majority of People over him and popular nomination of his name across board for the inclusion in the Tinubu/Shettima Presidential Campaign Council (PCC) membership list because he had paid his due and had ever been supportive to Asiwaju Bola Ahmed Tinubu’s progress in life and preparing a powerful global network of enthusiastic youths for decades ahead of his  Principal’s declaration for Presidential ambition, followed by the Primaries and now by the inauguration of the Presidential Campaign Council and he promised to adequately represent the collective interest of the teeming and reputable members of the Civil Societies’ Community, the Consistuency he has been operating for 3 decades running, who share the same vision with him, but are unable to make the Campaign Council membership list due to limited and available spaces. In his profound appreciation of everybody’s support, he prayed, “our individual efforts will continue to speak for all of us and we shall continue to meet God Almighty at every point of our needs. The name we bear at the same time matters a lot as People’s support has always been my strength from Childhood. The reason I always see any opportunity that comes my way as that of the less privileged and optimistic masses. “Eni ki i je Awa de”. “2023: Awa Oninu Rere l’okan!”.

The endorsement of Asiwaju Bola Ahmed Tinubu 2023 by Governor Seyi Makinde through Barrister Bayo Lawal, his Deputy, Today, didn’t come as a surprise to me at all as Political Strategist because we are ever visionary in giving out our beautifully carved 48 Ori – Olokun Odu’a Awards during the triple celebration of Yoruba National Day, Yoruba Youth @ 20 and Asiwaju Bola Ahmed Tinubu @ 69 held last year’s September inside Lagos Airport Hotel, Ikeja, till last September Yoruba National Day Celebration, in which Political, Religious and Traditional Heavyweights in Nigeria including President Muhammadu Buhari GCFR, Prof Yemi Osinbajo, Senator Ahmed Lawan, Rt (Hon) Femi Gbajabiamila, members of Nigerian Governors’ Forum including Governor Seyi Makinde of Oyo State who got Okanlawon Ti Ile Odu’a Award. We believe that we need the strategic Leaders of the Opposition Party to make our collective dream a reality. To God be the glory!