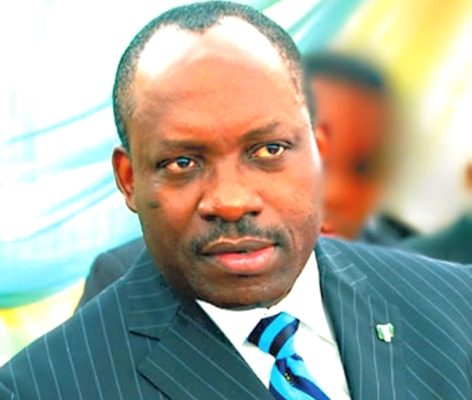 Prominent civil rights advocacy group, Human Rights Writers Association of Nigeria (HURIWA), on Tuesday, cautioned Governor Chukwuma Soludo of Anambra State to focus on his nascent and weak administration to deliver the dividends of governance to the people of the state and stop indirect attacks on one of his predecessors and Labour Party’s presidential candidate, Peter Obi.

HURIWA’s National Coordinator, Comrade Emmanuel Onwubiko, in a statement, said rather than allegedly sponsoring falsehood against Obi, Soludo should focus on bring to an end the activities of ‘unknown gunmen’ turning the state to a killing field.

The group also said Soludo should instead concentrate on tackling the menace of flooding and cater for the wellbeing of the many victims living in Internally Displaced Persons’ camps in the state as well as get rid of filth and rubbish that have littered the streets of Anambra since he assumed office on March 17, 2022.

Recall that Soludo had attacked Peter Obi, saying the investments the Anambra governor between 2006 and 2014 left in government are worth close to nothing. Soludo also said Obi can’t win the 2023 presidential election but Obi handled the situation with wisdom, describing Soludo as his brother and urged him to do his best in the state as an economics professor.

Soludo would later over the weekend said despite his political differences with Obi, he remains his brother.

However, Soludo’s Press Secretary, Christian Aburime recently attacked one of the Labour Party’s presidential campaign spokesmen, Kenneth Okonkwo, describing him as a total disgrace to the campaign team and the entire Igbo race.

Also, a coalition of youths in Anambra recently pressured Obi to drop his ambition to lead Nigeria and join hands with progressives forces in the South-east to negotiate a brighter political future for the Igbo people.

HURIWA’s Onwubiko commented, “Governor Soludo of Anambra State is on alleged flurry of sponsorship of different amorphous youth groups and pseudo intellectuals who are jobless and hungry to keep authoring jaundiced, unsubstantiated and total falsehood in their attempt to sabotage the presidential bid of Peter Obi for whatever reason.

“Though he denied that he wasn’t paid 23 million USD by Governor Hope Uzodimma of Imo State who from reliable sources has vowed to deploy every amount of cash to undermine the campaign of Peter Obi but all kinds of hangers on in Awka are churning out press statements asking Peter Obi to step down from the presidential contest as if running for presidency is a local gossip.

“Soludo should pay attention to the arduous task of governance expected of him because Anambra is filthy as we speak with rubbish littered all over major towns and cities including Onitsha, cult battles are going on and gunmen are on the loose killing, maiming and destroying innocent Anambra citizens but the governor rather than concentrate and provide good governance has embarked on a fruitless adventure of fertilising, catalysing and ‘funding’ and/or encouraging all kinds of senseless attacks against Peter obi including those from his appointees.

“Soludo boasted on TV that he knew those gunmen and that they are Igbos but has failed spectacularly to name, shame and prosecute those armed terrorists terrorising Anambra civilians but he has rather veered off into presidential politics just to sabotage Peter Obi because he feels that Peter Obi has messianic popularity. This should not be.”