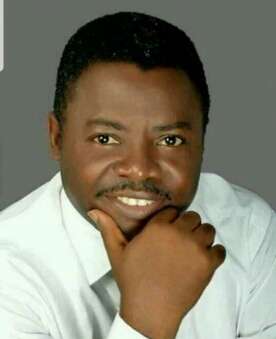 Nigerians and the Nigeria Project

Our determination to see the Nigeria project through to completion is no longer in doubt, even to the naysayers! And those who desire to see her greatness along with us once again so as to ‘eat the good’ loaded in the land that flows with milk and honey, must come to terms with what the issues are. “Eni ma je oyin inu apata ki wo enu ake”, the person who desires to eat honey from the rock must not be concerned about the axe. Better be ready for more than politics and its rhetorics at addressing what our issues are.

The fight for the soul of Nigeria is a fight for all! The greatest enemy of the Nigeria project is the Nigerian system built by the Oligarchy and managed by their cohorts for self profiting. The system right now is so screwed, It holds no benefit for any true Nigerian and in my application of one out of the many points thrown up at the Apostolic Round Table Conference 2023 – ONE MAN – by the lead Speaker, Major General Pat Akem retired, with a Phd in Criminal Justice, focusing on Global Leadership from Walden University, Minnesota, USA and over 30 years of service in the Army. Akem, a pastor with RCCG should know! He minced not his words. The system will stay the way it is until a Nigerian whose father we know, and the antecedents proves convincingly that he is a Nigerian.

I can process and relate with his submission, Obama’s American story started with his fatherhood. What is the story of the immediate upline generations of those seeking to lead us? If it is worth hiding by them, it is not worth voting by us! Who is the father of your presidential choice?

The Yorubas have a saying; “bi ile ba toro, omo ale ibe ni ko i tii d’agba”. If a family compound is peaceful, it is because the bastard born there hasn’t come of age (or grown into adulthood)!

We have had several bastards at the saddle of Nigeria’s leadership. And twice in our twist and turn moments when they ran it aground, the caucus holding the country to ransom needed a true Nigerian to step in to stabilize our nationhood, Obasanjo was twice fortunate, more for his uncompromising nationalism. He was one to be trusted when nationhood is the goal and to him they turned. He

First was the failed experiment of Murtala’s adventure into power rumoured to have late MKO Abiola’s buy in and funding. Murtala Mohammed was killed and the story of a ship sunk for carrying bible we heard of his reign and of his financier as the reason the “Christian God”, allowed his end and never allowed his financier to later rule.

The “Nigeria god” is a different kind of God, he is not the Jehovah of the Bible, Yahweh, who without discrimination showers rain on the righteous and the wicked. He is a multi-tribal, confusion-causing god. A mono religious god with whom humanity is at risk of unending violence.

He so politically unstable he changes political parties; in PDP he stole in billions through his party members and who brought it to it in churches of mammon for thanksgiving, and in APC, it is stealing for Christians and looting for Muslims according to Omoyele Sowore, the AAC Presidential Candidate during ART ONE MAN Conference.

The Nigerian god has his favorite sport, it is call football, he plays soccer even on election day not to talk of Sunday morning, we will win matches not because our team prepares adequately or are the better side, but because he plays on our side. And since our political situation at present is of greater concern to him, he chose not to play at the World Cup and so we didn’t qualify. I am not too sure he is ready to play football on election day 2023! Please, forgive my digressing.

When they ran nationhood aground again after OBJ returned Nigeria to democracy and Buhari brought us back to draconian leadership, ‘Their enemy’, a Nigerian whom they have put in prison, was the only hope left!

Is Obasanjo a saint? No! Could he have done more? Yes! Yet no one is more qualified than OBJ to unveil the real enemies of Nigeria. Will I narrow our choice to ONE MAN like Obasanjo? Yes! Will Obasanjo’s choice be mine? Not until we deploy the power of collective imagination to form, carve or create our Image-Nation!

What we want must be properly agreed upon before we can agree on who to hire to fix it!

See you at Image-Nation, where the power of collective creative thinking will be deployed to Rethink Nigeria for consensus forming. It is beyond politics and you don’t want to mis it!