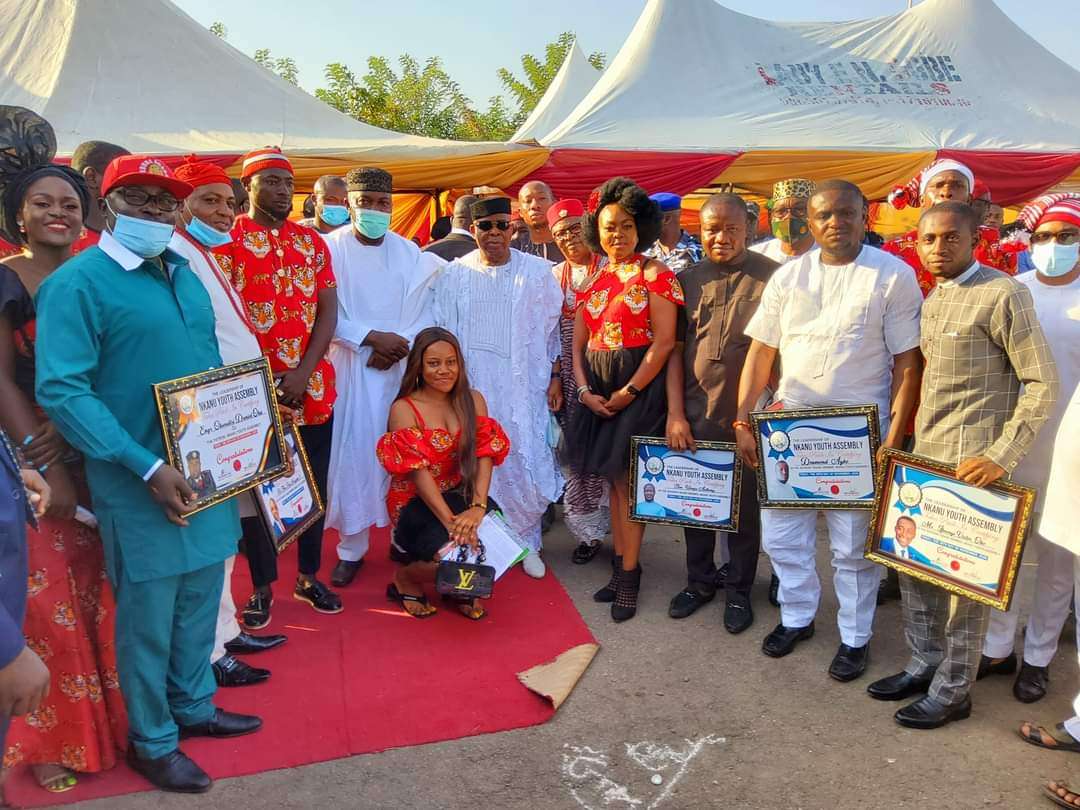 Youths from Enugu East Senatorial District, in Enugu State, under the aegis of Nkanu Youth Assembly, have renewed the quest for the governorship position of the state to return to the zone in line with the power rotation arrangement among the three senatorial zones.

Speaking during the Nkanu Cultural Fiesta in Enugu, organized by the Nkanu Youth Assembly, the National President of the association, Hon. Edeani M. Edeani, applauded Governor Ifeanyi Ugwuanyi, who graced the occasion, for his administration’s youth empowerment programmes, stressing that “the governor has been very supportive to the youth”.

The Street Reporters Newspaper reports that the association, who urged Gov. Ugwuanyi to remain committed to his earlier stance that it is the turn of Enugu East Senatorial zone to produce the next governor of Enugu State in 2023, wished that the person from Nkanu land will be “a humble, peace-loving and hardworking governor like Gov. Ifeanyi Ugwuanyi”.

The National President also appreciated other personalities who have been supporting the association to realize its set objectives and went further to propose that every November 29 should be declared as “Nkanu Cultural Day” in the state.

In his remarks, Senator Nnamani expressed deep appreciation to Gov. Ugwuanyi for the enduring peace being enjoyed in Enugu State, stating that it is “uncommon” in other states in the country.

The former Senate President stressed that the fact that the governor has ushered in an enduring peace in Enugu State, it is a worthy legacy he will be leaving behind at the end of his tenure in 2023.

He therefore encouraged the governor, who was presented with a Meritorious Award of Excellence by the Nkanu Youth Assembly, as the “Icon of Peace and Youth Development”, in recognition of “your excellent leadership and inclusion of youths in governance”, to continue to provide dividends of democracy to all the three senatorial districts in the state.

Also speaking, the Speaker of the State House of Assembly, Rt. Hon. Edward Ubosi, harped on the need for the various youth associations in the zone to harmonize their objectives and work together to achieve their common goal of realizing the governorship seat of the state in 2023, which he expressed optimism that the governor plays a major role to actualize.

ALSO READ  South East Hasn't Benefited from Buhari’s Endless Chinese Loans – HURIWA Slams FG
You can call us using the “Call Us Now” button on this site. Or Email your article or press release to us via: news@streetreporters.ng and follow us on Twitter and Instagram @StreetReporters and Facebook at www.facebook.com/StreetReporters.ng to get our latest updates! ============================ Dear Reader,