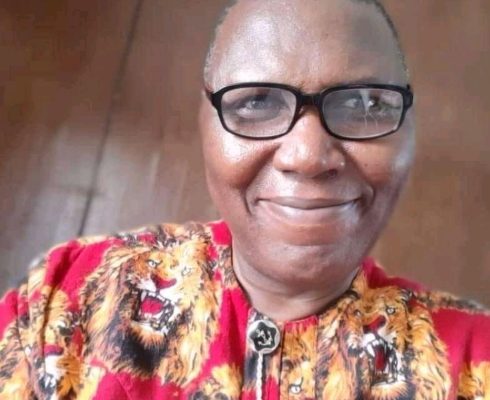 Re: Ndị-zoning Of Enugu State At It Again

Of much interest and attention to me and maybe other Enugu people is the article written by a renowned journalist and former Commissioner for Information in Enugu State, Mr. Ogbuagu Anikwe, which was published on his online media, Enugumetro and circulated on other social media platforms.

In the article titled: “Ndi-zoning of Enugu State at it again” Anikwe cleverly and covertly condemned the zoning or rotation of governorship in Enugu state among the three Senatorial zones that has been the tradition and practice since 1999.

He belaboured to heap blame on the political class, saying that they use the governorship zoning mantra in Enugu to mislead the voters to their own selfish advantage. He further stressed that there is need to review or completely jettison the zoning arrangement, saying that it has not engendered good governance and development in the state.

Unfortunately for Anikwe, by virtue of his position as former Commissioner for Information in Enugu, he is a member of the political class or elite in Enugu state. He cannot by crook or hook dissociate himself from them. He is one of them and will remain so as long as the state exists.

I am quite aware that while Anikwe is in government during Governor Ifeanyi Ugwuanyi’s first term, I can’t remember reading or hearing Anikwe condemning or discussing zoning publicly or privately. His scorecard or stewardship in government is story for another.

I hope that Anikwe knows that his nomination then as Commissioner from Awgu local government area was made possible by zoning and state character principles.

If it is about competence and academic qualifications as being espoused by the anti-zoning arrowheads, footsoilders and social marauders in Enugu today, Anikwe wouldn’t have been appointed Commissioner. This is because he is not the most competent in the state, not even in his local government or senatorial zone to hold the position. That does not take away the fact that he is a journalist with a trackrecord.

I remember reading article recently in Anikwe’s column in The Sun newspaper, where he admonished Southeast political leaders and followers on how they would approach their struggles and agitations for a President of Southeast region in 2023.

In that article, Anikwe never condemned zoning, fairness and equity upon which Southeast region are agitating for a Nigeria President of Igbo extraction in 2023, whether on APC or PDP platform.

If that is the case, I wonder what has changed now that warrants Anikwe condemning zoning of governorship seat in Enugu state. Well, in the fullness of time, Anikwe’s ulterior motive and where he is coming from will be known or exposed.

Ndi Enugu are watching. They know the truth and what they want. After all, nothing is hidden under the sun and there is always tomorrow. Altruism and patriotism demands sincerity and selflessness.

On Anikwe questions on when will zoning end and how long will Enugu people endure zoning agreement that sustains and guarantees lopsided development in the state?

The decision of whether zoning will be jettisoned or not is in the hands of Enugu people, not few renegades and selfish elements who want it jettisoned for their clannish interests

As of today in Enugu state ahead of the 2023 governorship election, majority of the people including major political leaders and stakeholders are supportive and vocal about Enugu East Senatorial zone producing the next Governor in 2023.

Why Enugu people are not talking about Enugu West Senatorial zone in the scheme of things ahead of 2023 governorship election in the state is because it is not their turn to produce Governor in compliance with the zoning practice in the state since 1999.

Politics and democracy is a game of numbers. It is a realistic game and serious business, devoid of emotions and sentiments. That is why the majority will always have their way and the minority their say.

If majority of them vote against governorship candidates from Enugu East Senatorial zone that is favoured by the zoning arrangement to produce the next Governor, it will simply mean that they detest zoning of governorship seat in the state and have stopped it through the ballot box and not social media rantings or idealistic writings.

If they vote massively for one of the likely governorship candidates from Enugu East Senatorial zone in 2023 election in the state, it also means that they are wholeheartedly at home with the zoning arrangement that has engendered peace, unity, development and fairness in the state.

It is a fact that by the zoning of governorship seat which commenced in the state in 1999, all three Senatorial zones namely Enugu East, Enugu West and Enugu North have produced Governors, it is then commonsensical, justifiable and equitable that the zoning arrangement commences again from the first and not the last as being canvassed by some people.

That is why ahead of 2023 elections, majority of Ndi Enugu are clamouring for the sustenance of the zoning arrangement by supporting Enugu East Senatorial zone to produce the next Governor, after which it will go to Enugu West zone before going to Enugu North zone again.

I know that if the need to review the zoning arises, the political leaders and stakeholders in Enugu state will consult with the people and do the needful. But for now, the need has not arisen.

The sudden vaulting governorship ambition of one man, who has been part and parcel of the zoning arrangement and its implementation in the state since 1999 is not enough to disrupt the zoning that has been entrenched and accepted by majority of Enugu people.

It is not, because personal interest of an individual cannot be placed above the interest of the majority. The man is free to test his popularity against obvious odds. Nobody will stop him, especially when there are many political platforms he can do so.

On the local governments that are complaining about marginalization and abandonment, that has always been the case in Nigeria, considering that human wants are insatiable. Besides, there are backlogs of infrastructural deficits left unattended by successive governments in the state, especially by the military regime that lasted for decades.

ALSO READ  Politics Of Arrogation: The Frenzy Sense Of Accommodation Bane Of APC As A Party

That is the reason villages, communities and local governments within the senatorial zones of former governors of the state are still complaining, despite the erroneous impressions that their places were turned to El-Dorado when the Governors were in power.

The current economic challenges, especially since 2015 following the crash in oil price, recession and COVID-19 pandemic have made it difficult for the present government in the state to meet up with all her financial obligations.

But in the face of these obvious and daunting challenges, the present government in Enugu has performed creditably and is still performing. It has not abandoned or marginalized any local government, community and people in the state.

Years Of The Locust

Saying that Enugu is today an industrial wasteland is a joke taken too far by a former Commissioner for Information in the state. It simply means that the former Commissioner lacks deep knowledge and history of his state and the accompanying challenges.

None of the industries namely ANAMCO, Nachi Vegetables Oil and others in old Eastern region, Eastern Central region, Anambra State and now Enugu was met by the present government in the state.

Majority of them, if not all of them have gone moribund before the return of democracy in 1999. They were all mismanaged and liquidated by successive military regime in the state and country in connivance with some indigenes of the state that are idols of some in the state today.

The challenge that accompanied growth in population, without corresponding development, largely due to leadership failure by the successive military regime that lasted for long placed major challenge on the governments since the return of democracy in 1999.

Enugu state is no exception. Reviving these moribund industries requires huge fund now that is not available due to glaring economic and financial challenges bedeviling the country today.