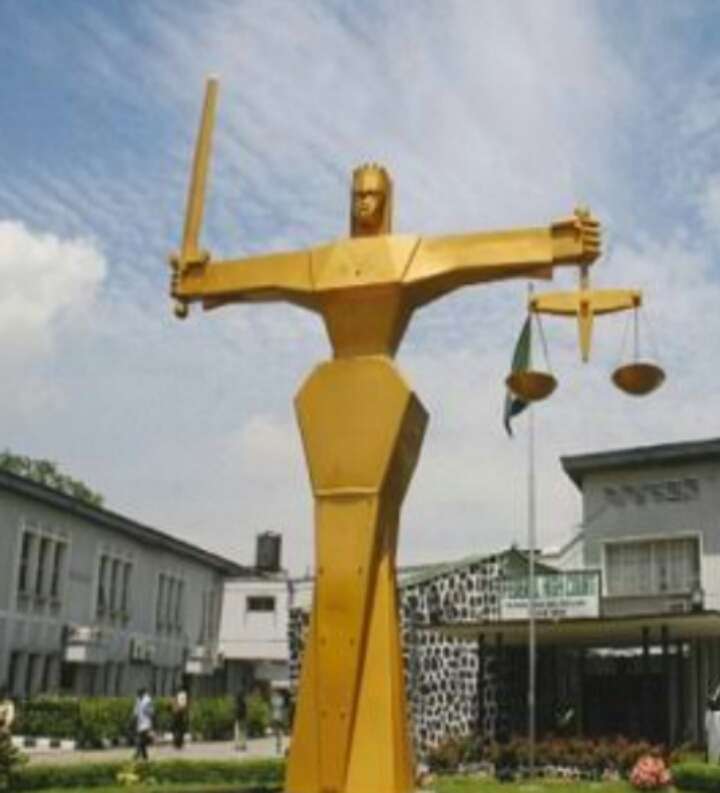 HURIWA’s National Coordinator, Comrade Emmanuel Onwubiko, in a statement, described as unnecessary the detention order secured by the secret police, adding that the DSS does not need more time to investigate the ally of controversial Islamic cleric, Sheikh Ahmad Gumi after obtaining “incriminating materials” from his home and offices and even swore to affidavits before the Federal High Court, adducing what it believe are incontrovertible evidence.

“Why does the DSS needs eternity to charge an accused person before the competent court rather than first embark on running commentaries in the media, then go to court with exparte application, which does not guarantee fairness, just to get the Court to allow it detain the accused person for as long as the agency desires?”, HURIWA asked.

The group demanded swift prosecution of Mamu, and all accused persons noting that he should not be added to the overwhelming list of detainees yet to be prosecuted for years.

According to HURIWA, prison congestion is the clearest sign of a failed justice administration in any nation.

Mamu, who was on his way to Saudi Arabia for lesser Hajj, was recently detained at Cairo International Airport before being repatriated back to Nigeria. He was one of those leading the negotiation with the terrorists for the release of the Abuja-Kaduna train passengers kidnapped in March this year.

The DSS accused him of being a member of an international terrorist network who used the cover of journalism to perpetrate crime.

“During the processes, incriminating materials including military accouterments were recovered.

“Other items include large amounts in different currencies and denominations, as well as financial transaction instruments. While further investigations continue, Mamu will, sure, have a day in court,” DSS spokesman, Peter Afunanya, also said in a statement after a raid on his residence and office.

Commenting, HURIWA’s Onwubiko said, “In July 2021, the Minister of Interor, Rauf Aregbesola, said the custodial centres in the country are overstretched.

“The minister said “50,992 inmates, representing 74 per cent of the total population of inmates in our custodial centres, are awaiting-trial inmates” show that the courts are in bed with a corrupt, power hungry executive arm of government whilst security agencies actively violate fundamental human rights of the citizens through subterfuge, and through unlawful means.

“If DSS has sufficient material evidence to swear affidavits before the Court on who this accused person is and where he was going, why does it need another 60 days to investigate to an extent that the judge asked them to consider coming back for more pre-litigation detention time as if Nigeria is now Guantanamo bay off Cuba Island whereby the Constitutional and fundamental human rights of detainees matters little?

“Did the DSS not disclosed that evidence they have on this person Tukur Mamu was “incriminating”? Why take 60 more days searching for more much ‘MindBoggling’ additional evidence? The UN recently carpeted the Court in Nigeria for keeping NNAMDI KANU almost ad infinitum whereas the prosecutors kept amending charges.

“The United Nations made far reaching ruling demanding immediate freedom for Nnamdi Kanu but both President Muhammadu Buhari, the Federal Attorney General and minister of Justice, the Federal High Court and the Department of State Services have continuously ignored this landmark decision by the United Nations.

“How is Nigeria a Constitutional democracy when citizens languish in underground dungeons and cells for indeterminate periods of time and then the federal government continues to drag the matter in court for as long as the government wants and apparently the court system is in bed with the executive arm of government to abuse the fundamental human rights of citizens?”

“The heads of Courts in Nigeria must take the lead to stop their judges from keeping accused persons behind bars for long even when section 36(5) of the Constitution obliges the Court to give fair hearing. This peculiar pre-trial detention of accused persons simply paints Nigeria graphically as a failed state and as a primitive society whereby MIGHT IS RIGHT and where those who manage to gain political office use such privileges in pursuit of absolute power which corrupts absolutely. Nigeria is a Constitutional democracy and fundamental liberty of the citizens makes the Rule of law the hallmark of our sovereignty.

“There is no logical reason for the court of law to assist the armed security forces to adopt backhand tactics to detain accused persons when the Grund Norm states that accused persons are innocent before the law until a contrary determination is reached by a court of law and fair hearing is guaranteed when the accused persons are not unduly demonised using media propaganda by security forces and then proceed to the court to obtain exparte orders to detain citizens for as long as the security agency desires thereby rubbishing the Universal Declaration of Human, the African Charter on Human and Peoples Rights, International Covenant on Civil and Political Rights and a plethora of international human rights laws signed on to by Nigeria and domesticated as national, municipal and local statutes and laws.”