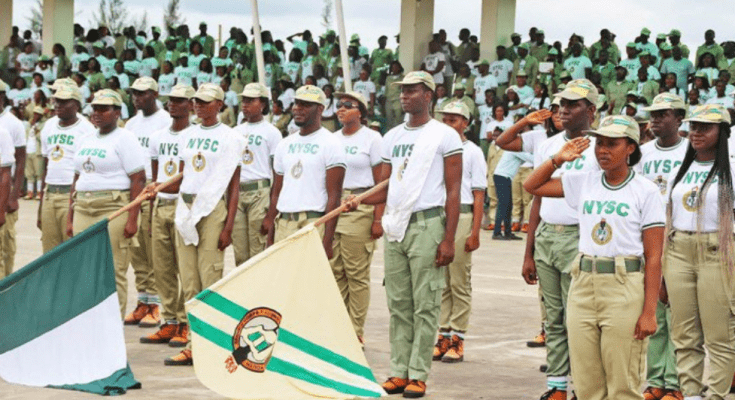 The Immutable Relevance of NYSC By Emmanuel Onwubiko

Again and again, polemics and hypotheses are put up by certain persons, media or private institutions, regarding the relevance or otherwise of the over 49 year old national unifying institution for youngsters known in the Nigerian Constitution and by the statute setting it up as the National Youths Service Corps Scheme or NYSC in short. Most often, different groups of persons do also come up with some conjectures, inexplicable and fallacious arguments in the direction that the NYSC should either be abrogated, reformed to make it a voluntary scheme or scaled down radically.

I have just read the editorial of the PUNCH newspaper in which the editorial board of that paper has canvassed for a change of operational modalities for the NYSC to make it to become entirely optional because according to the writer of that editorial, the NYSC is no longer meeting up with the expectations of the founding fathers including the then military Head of State General Yakubu Gowon who established it as a counter force to instil the essence and virtues of inter-ethnic, inter-religious and cross cultural dialogues, integration and national unity. The PUNCH also argued that since the number of the intakes into the yearly scheme has quadrupled, there is therefore no more need to continue the scheme as originally conceptualised. These sets of arguments are obviously mere academic and empty postulations put up to water down the integral unifying role that the NYSC has played for nearly five decades and still counting.

The last strand of argument concerning the ballooning of the number of participants as a reason for making the scheme voluntary is not tenable because it is same as saying because the numbers of students attending say srcondary schools have multiplied therefore let Nigeria change her educational policy and make secondary school education optional. Also, that line of thinking is so porous because if the numbers of youngsters qualified to do the service year have increased, the solution is not to make the scheme voluntary but to improve the funding mechanisms and expand the scope given the essential national unifying role of the NYSC. The other issues of diminishing quantity of facilities and camps for the participants do not justify the weird advocacy for converting the NYSC to a voluntary scheme. NYSC as it is today, has reached a level whereby most youngsters not yet qualified for the scheme are dreaming and aspiring to get to the time whereby they would be mobilises to do their NYSC.

Fundamentally, one of the objectives of establishing the National Youth Service Corps (NYSC) is to “inculcate discipline in the Nigerian youth by instilling in them a tradition of industry at work, and of patriotic and loyal service to Nigeria in any situation they may find themselves”. 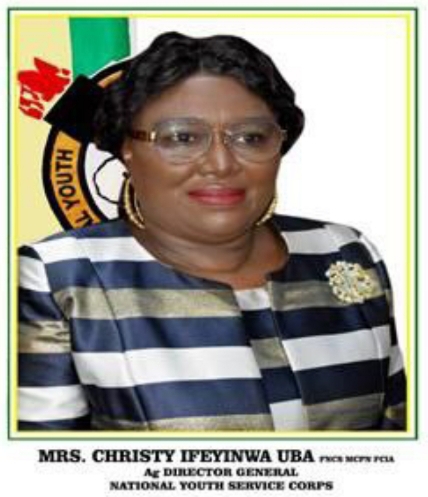 This is also in tandem with the vision and mission of the Scheme which make the youth the centre of its focus in ensuring national development, riding on their ingenuity, amenability to be mobilized in the national interest as well as their virility; all of which make them the most suitable demography for optimum impact.

It is pertinent to note that prior to national service, the youth have undergone series of guided academic rites of passage in their journey to adulthood which Saw them through the nursery, primary, secondary and tertiary education. For most of them, they were tele-guided by their parents, guardians and sponsors into making life choices like choosing specific subjects and courses which would ultimately lead them to career paths clearly dictated by their benefactors. At this point, a greater number of them are still appendages of the whims and caprices of their benefactors as “he who pays the piper dictates the tune”, although it would no longer be for long.

But when they are mobilized for national service, this is the period the youth seem to advance from the confines of their benefactors into a fresh threshold of independence in thought and action, coupled with the huge responsibility that comes with their attainment of adulthood. This drive to be independent is huge and can easily be fueled by the consciousness of endless possibilities of earning income as opposed to selfless service either to humanity or the nation. This is where the NYSC comes in.

The one-year national service is divided into the four cardinal programmes of Orientation, Primary Assignment, Community Development Service. In each of the programmes, the NYSC, as a deliberate policy, promotes the spirit of patriotism in the Corps member in line with its mandate.

For the Orientation course which is the first of the four programmes, the Corps embers are daily made to sing the national anthem just like they did in their primary and secondary school days. They are also made to recite the second stanza of the national anthem as a national prayer. They are made to respect the national flag during its raising by six in the morning and lowering by six in the evening. This has a refreshing effect on their psyche as it re-awakens them to national consciousness. They are also taught the NYSC anthem which explains in vivid terms what is expected of those who have answered the clarion call in the upliftment of the nation, “under the sun or in the rain”. In addition, the Oath of Allegiance which is usually sworn by Prospective Corps members, administered by the chief Judge of the Federal Capital Territory and the various states emphasizes the centrality of selfless service to fatherland as the sacred duty of Corps members, towards the realm to which they are being admitted into.

In the course of the Orientation programme, the Corps members are also exposed to the leadership training of officers of Citizenship and Leadership Training Centre popularly known as Man O’ War. Their training comes in terms of both instructions bothering on leadership as well as physical activities which task the ability of the Corps members to overcome obstacles. All these are deliberate efforts geared at equipping the Corps members with the right attitude and focus while pursuing national development through selfless service.

Again, the orientation Course content includes cultural carnival as well as traditional lecture where the customs, traditions and way of life of the host community are introduced to the Corps members. This lecture gives the Corps members a sense of history and help them understand as well as track the trajectory of development so as to rightly align themselves in the right nexus in order to contribute their quota towards extending the frontiers of national development.

The Corps members are also exposed to normalizing volunteerism by giving them the opportunity to sign up to join the various committees for the effective administration of the camp. Their constitution into platoons also assist the Corps members in team building towards a common objective. In this scenario, each person naturally unleashes individual talents freely towards ensuring the success of the platoon in the various inter platoon competitions.

After the Orientation programme, the Corps members are posted out to various places of primary assignments where their training and education are put to task. The Corps members are expected to carry out their duties selflessly as the basic statutory obligation of their employers are restricted to accommodation and transport or a sum in lieu. With this in place, it actually means that they are not being paid for their services.

The last lap of the four cardinal programmes of NYSC is the Winding Up and passing out parade of the Corps members. It is filled with activities geared toward rounding off the service year and getting the Corps members ready for life after service. One of the major activities include the Job Awareness Campaign where the Corps members are exposed to available careers that await them in addition to the in-camp and post-camp Skills Acquisition and Entrepreneurship Development training packaged by NYSC to positively engage them to contribute their own quota in the gross domestic product of the nation.

Also, the Certificate of National Service and other NYSC instruments given to Corps members as well as other exempted and excluded graduate youths respectively cover them under the NYSC Act to seek for employment anywhere in the country. This gives them a sort of national consciousness and responsibility.

it is therefore evident that beyond being a constitutionally backed youth institution, NYSC has over the years assisted in molding the Nigerian youth into imbibing the tenets of patriotism and love for one’s nation, through deliberate and dynamic programmes tailored towards aiding the youth to discover that the path that leads to a great and successful individual life is indeed a subset of the labyrinth that leads to a great nation.

From the perspective of an observer who has watched the NYSC with profound interest in the last 20 years, what the Federal government through the office of Mr. President His Excellency Muhammadu Buhari (GCFR) should do to improve the scheme which has done very well is to immediately sign the passed bill into law to set up the NYSC YOURHS TRUST FUND which has taken nearly two years of intensive planning, research, articulation and legislation and has been with the President as we are told since July 2022.

The scheme is also in very safe hands of a highly motivated workforce and a deeply entrenched professional management hierarchy. Improving the funding allocations to the NYSC through the setting up of the Trust Fund is the kind of message that a newspaper like PUNCH should be spreading and not calling for an optional NYSC which would mean that the hundreds of thousands of young graduates that have the window of a full year paying job and learning experiences will lose out totally. NYSC Youths Trust Fund will fund the bridging of skills gaps amongst the Nigerian graduates and turn then into employers of labour and wealth creators. This will help bring down the toxic rate of multidimensional poverty that afflicts over 130 million Nigerians. So why is PUNCH newspaper advocating further joblessness for Nigerian youths?

It is therefore totally out of place to call for any kindness deformity of the NYSC as is being canvasser by PUNCH newspaper. The NYSC is an idea that is timeless given the groundbreaking objectives of the scheme.

Previous PostAs Nigerians Joined the World To Welcome 2023 With Prayers, Fanfare, Expectations Next PostWe Should Stand For Good Leadership & Support Individuals On Their Merits, Party Affiliation Not Withstanding