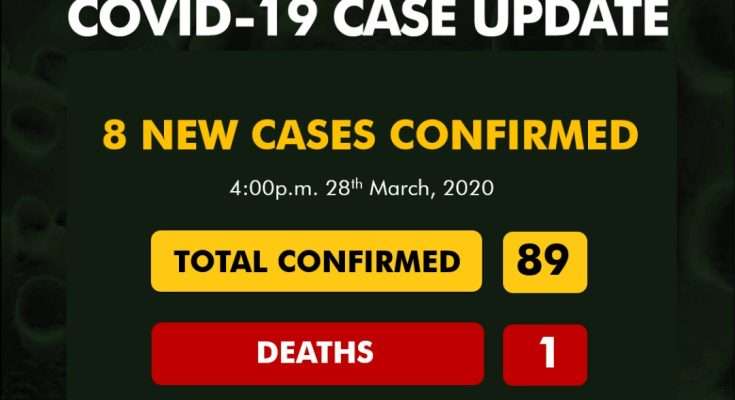 …Notes Infection Figures likely to Be Over 80,000 Persons, Shows Why 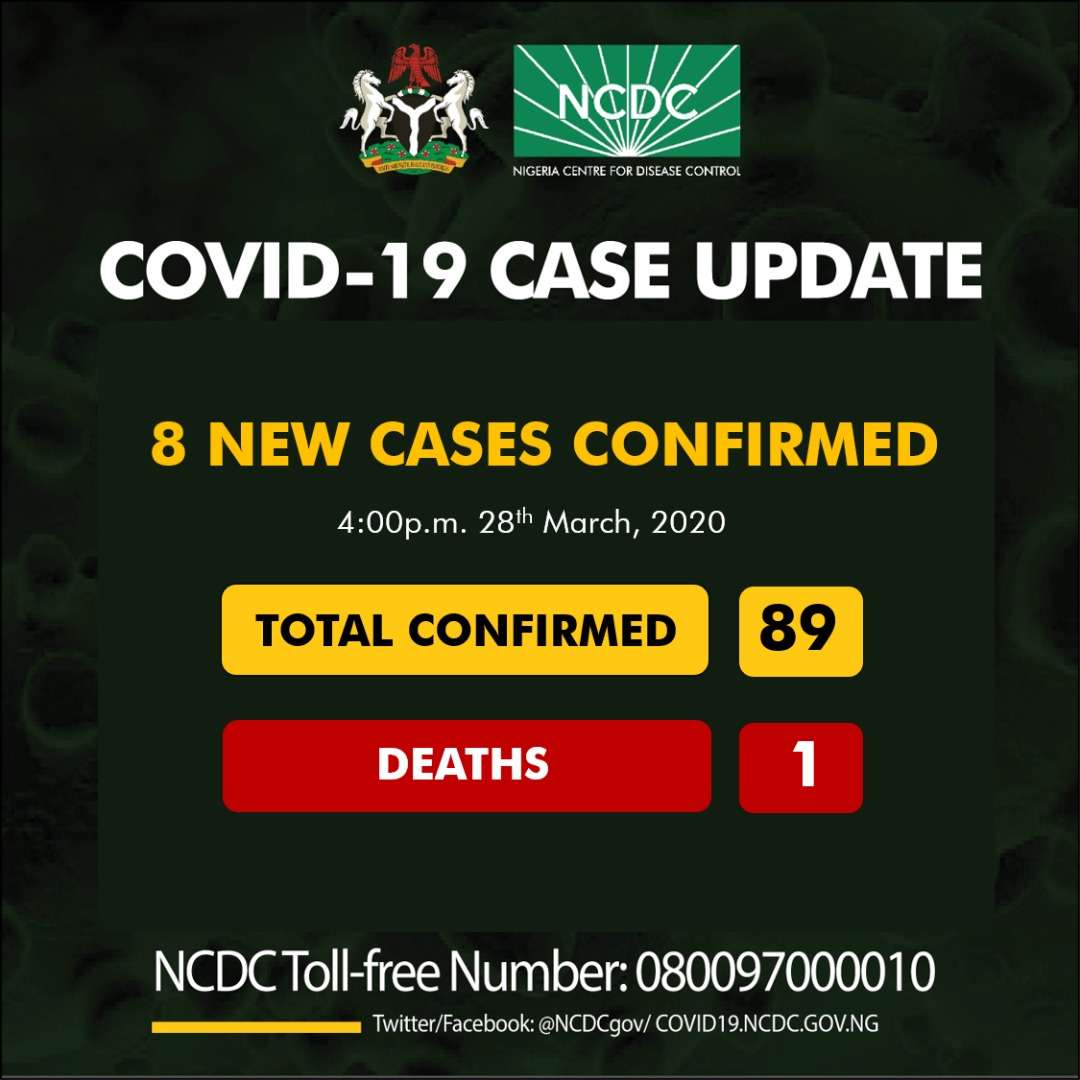 As cases of COVID-19 infection increases according to Nigerian government figures, the International Society for Civil Liberties and Rule of Law (Intersociety) has doubted Federal government figures on infected persons, strongly calling for a World Health Organization (WHO) supervised comprehensive tests to be conducted and carried out on Nigeria’s public office holders, their families and associates.

The group noted that this will not only be done to truly ascertain the number of infected persons among the country’s ruling class who are already infected with the Coronavirus, but also most importantly to stop the spread of the virus to other Nigerians.

Such comprehensive tests under demand, Intersociety insists, must not be solely left in the hands of Nigeria’s Ministry of Health and its Center for Disease Control or done using ‘the WHO’s test mode’.

According to the civil rights group, this firm demand of ours stems from the fact that most Nigerians and international observers do not believe the present official statistics about the spread of the virus and its percentage in the country particularly among the country’s ruling class.

The Intersociety noted that unless the World Health Organization’s supervised tests are comprehensively carried out on the referenced, otherwise most Nigerians will continue to disbelieve ‘the tested negative’ mantra of the Federal Government among members of its Presidency.

Even as the organisation added that the World Health Organization under UN System must therefore consider the country’s explosive population, its ‘functional failure’ and ‘regime dishonesty’ and rise to the occasion by coming to the country’s urgent rescue.

The Intersociety stated that Nigeria must be put in the list of ‘highly potentially explosive Coronavirus infected poor countries with explosive populations’; otherwise the country may most likely be worse than ‘Italy and Spain’ in coming weeks.

The Intersociety made these demands in a statement jointly signed by its five principal officers:

“Aided by near total absence of functional system including age-long decadence in healthcare facilities, energy, ICT and its data mining technology and expertise; there is a general apprehension that ‘Government of the day is being economical with the truth’ concerning the scourge and its spread.

“By independent estimate, ‘Nigeria may be home to over 80,000 Coronavirus infected persons’, deposited or spread from the country’s ruling class and their returnee families and other traveler Nigerians.

“The independent estimate is derived from the Nigeria’s Minister of Information announcement via a recent press conference that “4,370 persons of interest are being tracked by the Government over suspicion that they are likely to have contacted the virus (with concomitant high speed spread)”.

“This further means that at average contact or virus transfer of each of the suspected 4,370 infected persons to at least 20 other citizens, over 80,000 persons are most likely to have been infected.

“Also owing to the country’s poor data and its management, only persons linked to Government in Nigeria are most likely to be on the tracking list.”

Others are the domestic staff and residents of ‘Aso Rock’, members of the Federal Executive Council and their families, the Chief Justice of Nigeria and his family and the rest of the 172 top Federal Judicial officers including the immediate past President and the Acting President of the Court of Appeal.

Yet, others are the 469 Federal lawmakers, their principal officers and families, the 36 State Governors, their deputies and families including Govs of Kogi, Nasarawa, Katsina, Kano, Abia, and Kaduna states.

More are the 372 top State Judicial officers including State Chief Judges, Presidents of the Customary Court and the Grand Kadis and their families, the 1,152 State House of Assembly lawmakers, and their principal officers.

Listed as well by the Intersociety are over 2,700 top State executives and their families, a head of the Dangote Group and as well as ‘other persons of special status and interest’ who are close to corridors of power in Nigeria or any part thereof.

A Case Of President Buhari’s Chief Of Staff – Intersociety

A clear case in point was the President’s Chief of Staff, Mr. Abba Kyari wPho was confirmed or tested positive to the virus.

As one of ‘the presidential depositors and distributors’ of the virus, he was likely to have first spread it in Aso Rock and as some say, ‘Aso Rock demigod’, many members of the ruling class must have come in contact with him almost on daily basis particularly since his recent return from some highly Coronavirus infected countries.

Not done, he traveled to Kogi State Government House where he met with the Governor and members of his family and State Executive Council.

The President’s Chief of Staff later traveled to Nasarawa State to attend the IGP’s family marriage ceremony of IGP, Abubakar Adamu where he not only came in contact with IGP and his family and associates but also went to a Mosque in the State where he was said to have come in contact with the likes of a head of Dangote Group and Govs of Kastina, Kano and notable others.

The Presidential Chief of Staff was also said to gone to the Abuja Mosque for worship; among other face-to-face contacts including handshakes and hugs with other members of the country’s ruling class, their families and associates.

Totality of these happened before the Chief of Staff was tested positive. This further means that hundreds, if not thousands must have come in contact with him.

Intersociety had on 25th March released a detailed statement, highlighting the positive and negative sides of the Coronavirus in Nigeria-which included forcing the country’s 17,500 public office holders to stay back at home for the first time in the past 22 years or since 1998, to live with or be confronted with the ‘hell’ they created called the ‘battered Republic of Nigeria’.

It was further estimated that many members of the country’s ruling class are likely to have been infected by the virus with many others at the high risk of contacting it.

The Coronavirus, first found in Wuhan Region of the People’s Republic of China, is as at today, responsible for 597, 267 infections around the world, out of which 27, 365 have died; with total of 412, 980 in mild condition, 23,569 in critical or serious condition and 133, 363 infected recovered or discharged.

China which originated the virus has recorded 81,394 infections and 3, 295 deaths while Spain recorded the second highest death rate of 5, 138 and 65, 719 infections. In all this, Nigeria is crookedly credited with “81” infections and two deaths.

The virus has affected a total of 196 countries and territories, out of which 193 are members of the United Nations.