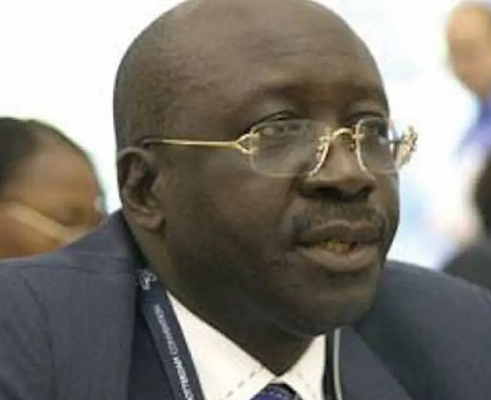 If pattern is anything to note in national political history’s numerics, then the number 16 should be of interest to us as Nigerians! Same number is engraved in the mind of Pastor Tunde Bakare. It is the number of the stairs in his father’s Abeokuta house. How I wish his conviction is built on the number 16 on APC’s party register! Beyond logic, 16 is the symbol of his assurance that he is the 16th President of Nigeria. It is within his clenched fist. He’s so sure of 16 following 15, that nothing is as important as his relationship with number 15, that the rest of us can seat back and watch how God will do it without “us”!

Away from PTB’s prophetic value of 16, is the number of tortuous years we endured under the military, when in 1983 Muhammadu Buhari led a mutiny against the state and kicked the elected Government of the people headed by Alhaji Shehu Usman Shagari out of power. We didn’t get a respite untill 1999!

1998 signalled hope of an end to 16 years of civilian agitations. Several groups came together. Among them was the G-18 and the G-34 to form a broad based political party, with support for economic deregulation, human rights, greater funding for health care and education among many goals.

The vehicle of hope into the future was ready and many disembarked from different ideological vehicles to join the PDP in their cruise to power. Chief Alex Ekwueme, 2nd Republic Vice President, an Architect will become the first driver of this fully loaded vehicle. Nigerians jostled for space aboard it, traditional chiefs, Academia, businessmen, technocrats just name it!

The Army seems to find it convenient to travel with it as civilians into the future with over a hundred retired military officers aboard, including President Olusegun Obasanjo who will later become President after 16 years of military misrule started by Buhari ended with Abdulsalam Abubakar on the 29th of May 1999, but not without hanging on the neck of the new republic a fraudulent constitution that will impede progress!

The ideology of People’s Democratic Party refreshes hope, the chant of PDP! will rethorically be followed by a deafening response of “Power to the people”!! The grip of PDP was absolutely, everywhere you turn. The umbrella flag with its red and green color dominated the political space!

My focus in this article is not Government or governance but party ideology and administration!

All was well with PDP until it became the opposite of the ideology for which she was embraced by the people. PDP soon took the patronage and support of the people for granted and began to pride itself in her hold to power to the detriment of the desires of the people. Her control seems unchallengeable that they boasted they will rule for a 100 years!

By 2014, leadership has become disconnected with the base that the power they promised the people was now in custody of a few!

A new driver was of course at the wheel, Adamu Mu’azu will set a record of political irresponsibility and recklessness. He jumped out of the PDP vehicle at a slope and abandoned them to whatever will become their fate. He was said to be far away in Germany on awol while the party faced the ballot decision!

By 2015, Nigeria had experienced another 16 years cycle of rule with mixed feelings, 8 years under a military General who became a civilian President. Obasanjo’s dominance affected internal democracy and Yaradua and Jonathan his choice as President and Vice President became the party’s pick, and went ahead to win the election. The unfortunate death of Yaradua led to Jonathan’s Presidency to complete Yaradua’s mandate.

2011 saw all part of Nigeria rallying behind the barefooted boy from Otueke. Shoes hardly pinches foot on which corns had formed over time due to excessive trekking unprotected, now in comfort of beautiful soft skin shoes courtesy of Nigerian tax payers, GEJ could no longer feel the painful experiences of the peoples’ jack boot!

His determination to contest 2014 elections led to reckless abandonment, that even the driver fled and his well paid “conductor” Femi Fani Kayode was merely hanging unto the vehicle shouting to justify his pay!

It was allegeded that Mu’azu received Bola Ahmed Tinubu the party leader of APC in his Bauchi home before the elections. The details of that historical meeting may remain seen and secret like the many meetings between Sheikh Gumi and the bandits and unknown like the unknown gunmen contending with or supporting Muhammadu Buhari’s administration!

APC was deft at their engagement, nothing was spared to help PDP’s slides to the slope!

The narrative was political and was done in the best form of propaganda possible, crimes allegedly committed by individual party members were hung on the party, so that the hope of a contest from once acclaimed largest political party in Africa to come out of political knockout will remain remote!

Nigerians pick the baits hook, line and sinker. Offences of individuals were left on the party while people like Akpabio walk away free and became saints in APC!

If PDP is as bad as painted, why are its members being sought after? APC new convert, Senator Akpabio tried frantically before camera to win over Governor Nyesom Wike to the admiration of Vice President Yemi Osibajo. Nigerians should ask themselves what is the political worth of “worst President” GEJ, under whose nose Diezani plundered our treasury to buy herself diamond bras, that APC is hell bent of having this “captain of thieves” join them?

If APC has proven anything in their 6 years in power, it is that they are not better than PDP!

Like PDP, the marriage with the people was consumated on the ideologies of change. How APC will survive 2023 contest is left to the people!

Driver Iyorchia Ayu is the new man at the wheel of PDP vehicle, talking about a round peg in a round hole, his profile perfectly fits that of a revivalist who could beat a dead horse back to life. Ayu is bringing to the table the most intimidating profile as chairman of any political party in Nigeria till date. An activist who became the chairman of University of Jos chapter of Academic Staff Union of Universities, an academia who taught sociology and the arts and science of Marxism.

A politician who has contested and won elections to the Senate, who at the Senate took a shot at Senate Presidency and won, a Democrat and leading progressive figure who frustrated the interim government arrangement of the military in their attempt to sideline the elected president of the People, Chief MKO Abiola.

A friend of Bola Ahmed Tinubu, who warned him of the danger his support for Buhari will portend for Nigeria in case of a win. Iyorchia Ayu was part of Action Congress and Head of Campaign of Atiku Abubakar on the platform when he sought to be President in 2007!

His understanding of components of critical ministries of Education, Industry, Environment and Internal affairs as former Minister….!

With a driver like Ayu, PDP’s accidented vehicle is far from a write off to destination 2023! However his eyes must be off the bad road!

He must show no pity for the damaged vehicle, driving rough, in fury but skillfully is his only hope of making it to 2023 against APC’s propaganda machineries who will line the route to throw stones at their vehicle to further damage it!

In 2023 however, whatever will become of our nation will be determined by the electorates. It is you and me who must marry the ideologies of PDP and APC together to chat a new course for Nigeria. We must prove that power indeed belongs to the people (us) , to effect a change in the nation and consequently our individual lives!

To do this, focus must be on individual candidates showing democratic maturity to the people’s will, having capacity with proven records to effect change, not in the reverse, but the true change that the people yearned for!

This will be achievable if as voters we are abreast of the values of our votes. Efforts therefore must be given to political education and community structuring, to help our people identify a CANDIDATE with credibility, competence and character as a major criterion and the party platform a minor one, so that Nigeria and Nigerians may win!

[…] especially for the Igbo person. No country ever survives two civil wars. And power, especially “political power” is never given to one on a platter. It is earned through the display of courage and the […]